So here it is… the beautiful wedding of Lisa and Daniel, at the stunning Ghyll Manor in Rusper, near Horsham, West Sussex. 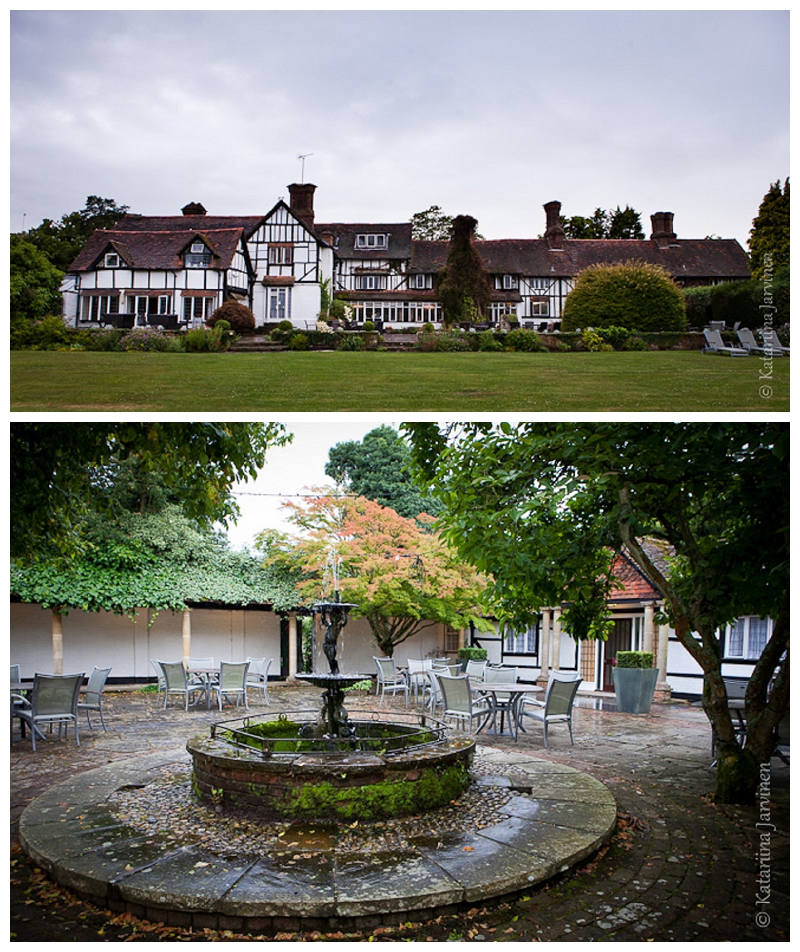 I arrived at 13:30 and was directed to a room upstairs where Lisa and her bridesmaids were getting ready. Shall we start with the shoes? Of course we will! 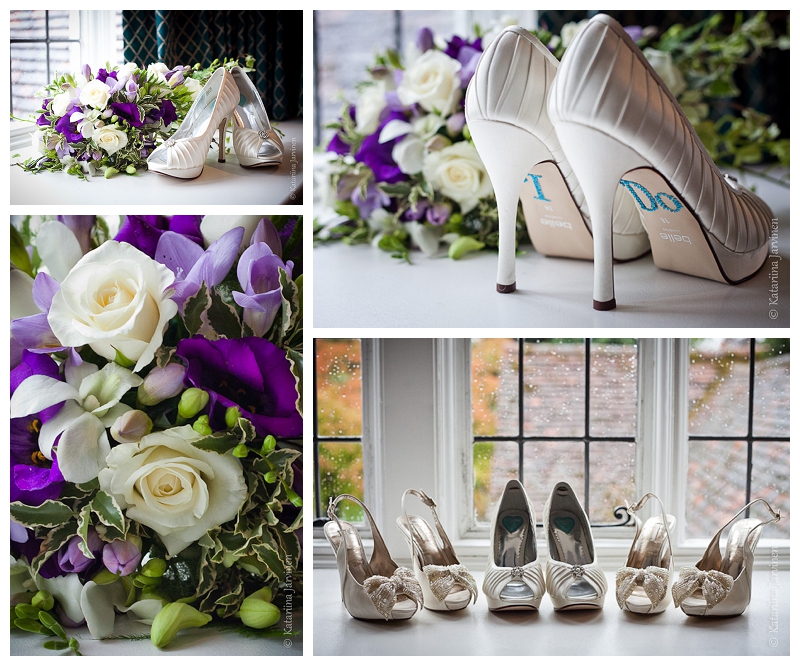 And here’s Lisa, having her make-up and hair done. 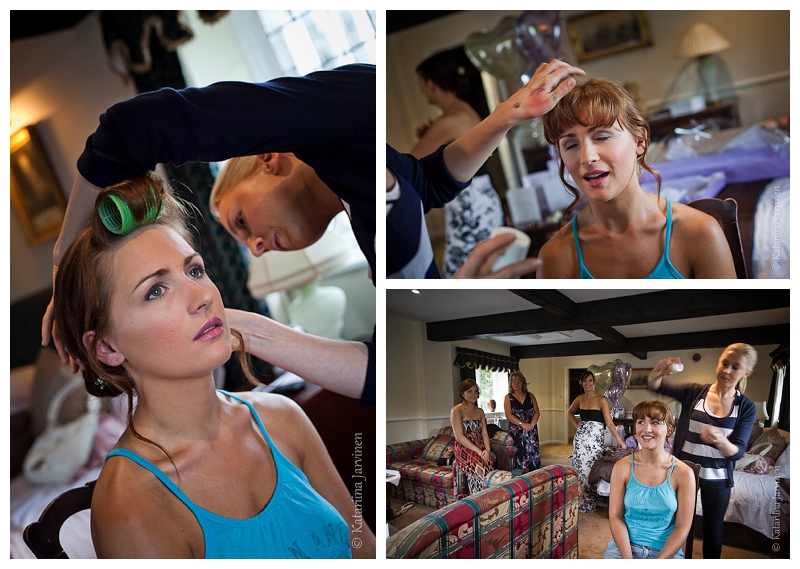 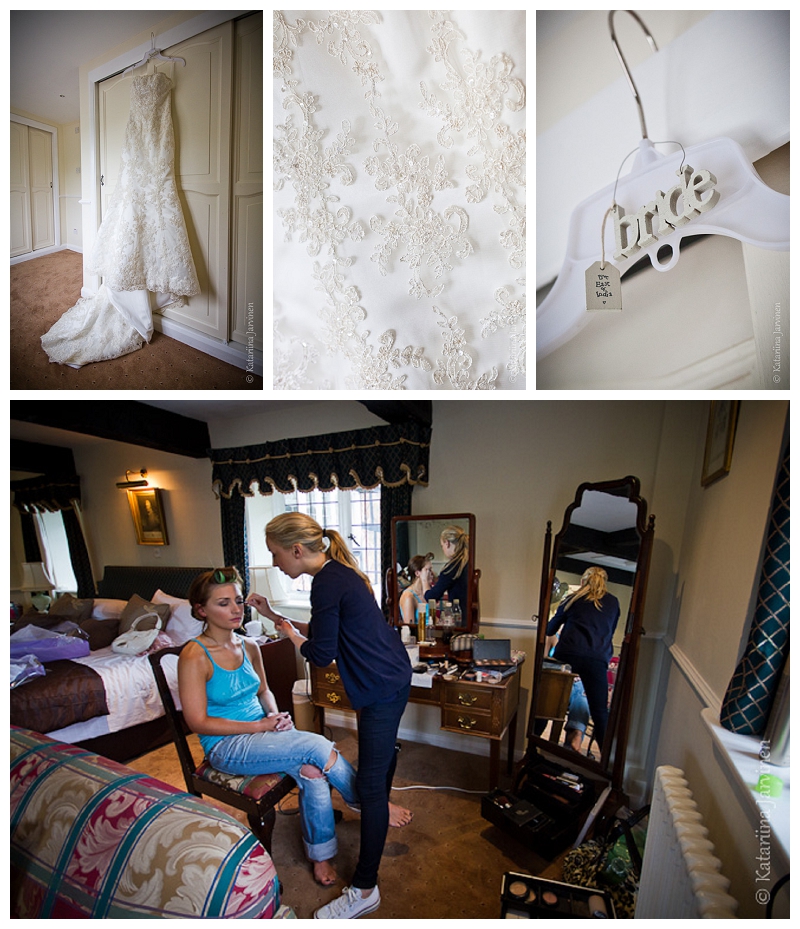 While Lisa was getting ready, I went to meet Dan and his groomsmen who were having fun out in the patio area. 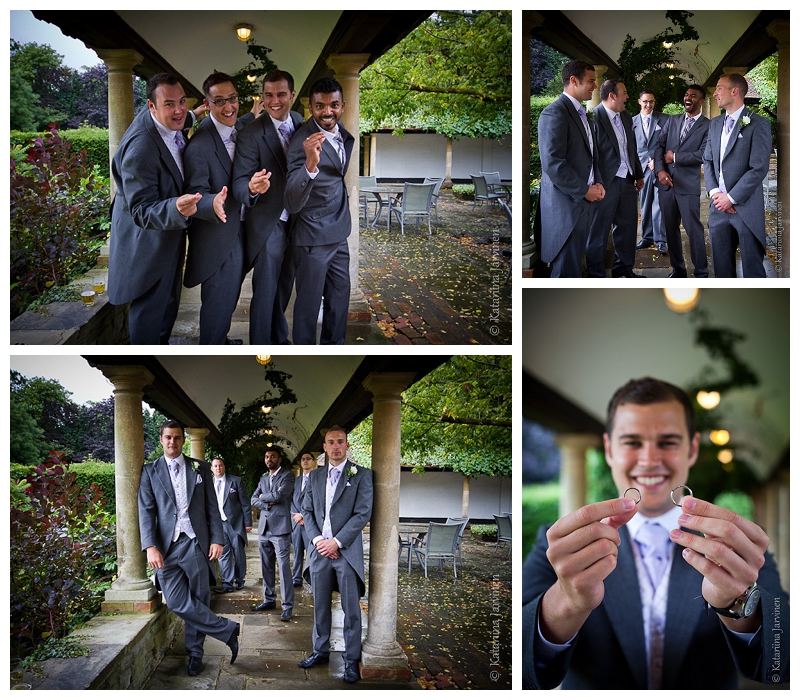 These guys are up for a good time! Brilliant! 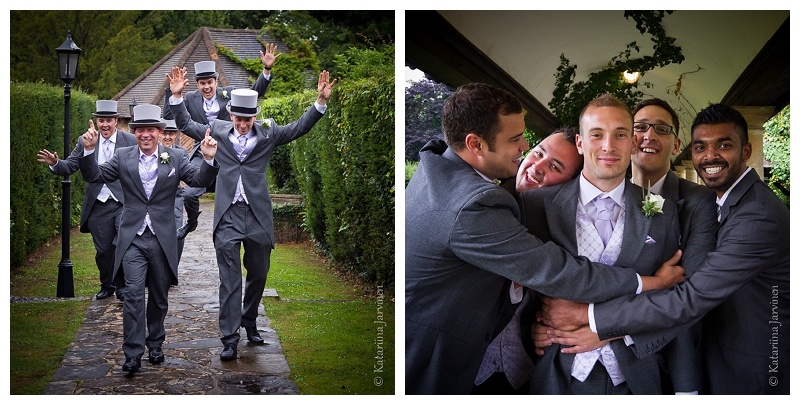 Back in the bridal room, Lisa was getting into her amazing dress! 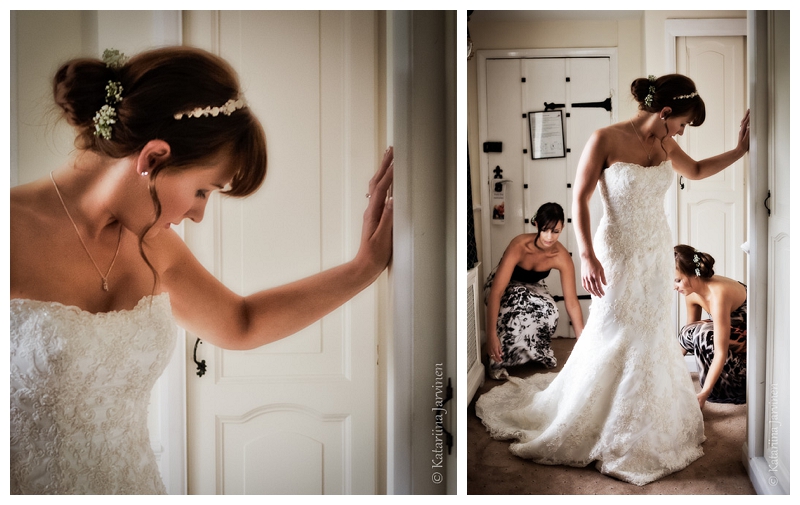 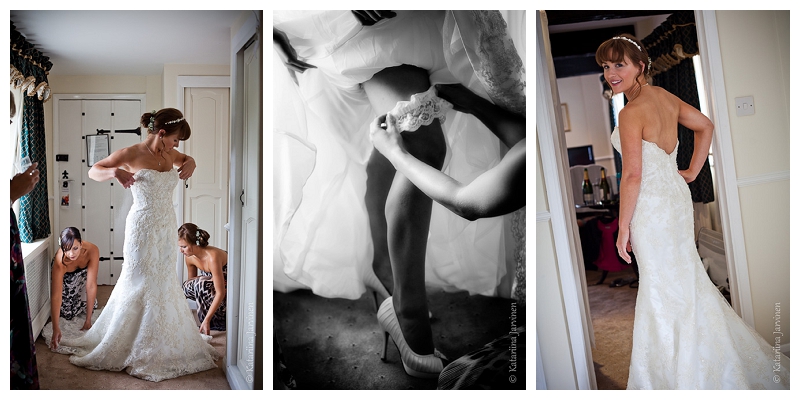 Both mother and daughter looking gorgeous. 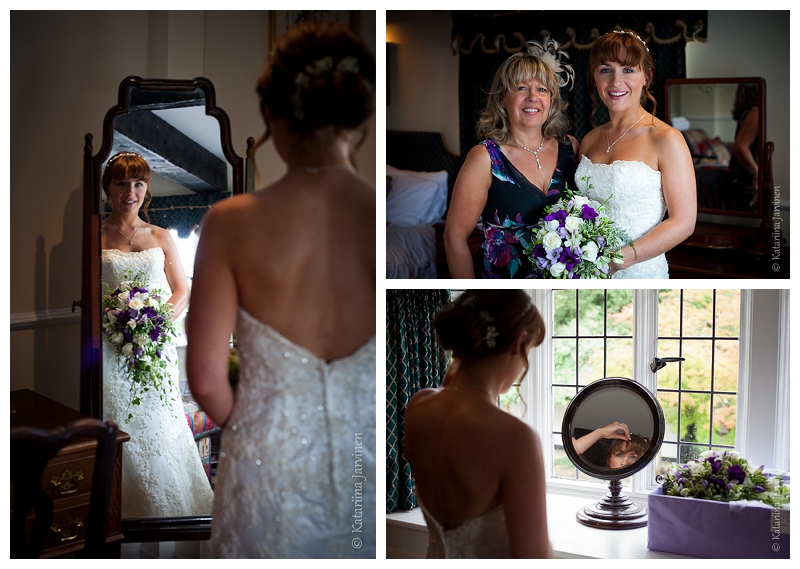 And if the boys were up for a good time, so are the girls! And aren’t they absolutely stunning!?

Father of the bride. I left them alone to enjoy the last minutes together before the ceremony and went to check out the ceremony hall, which was looking rather festive! 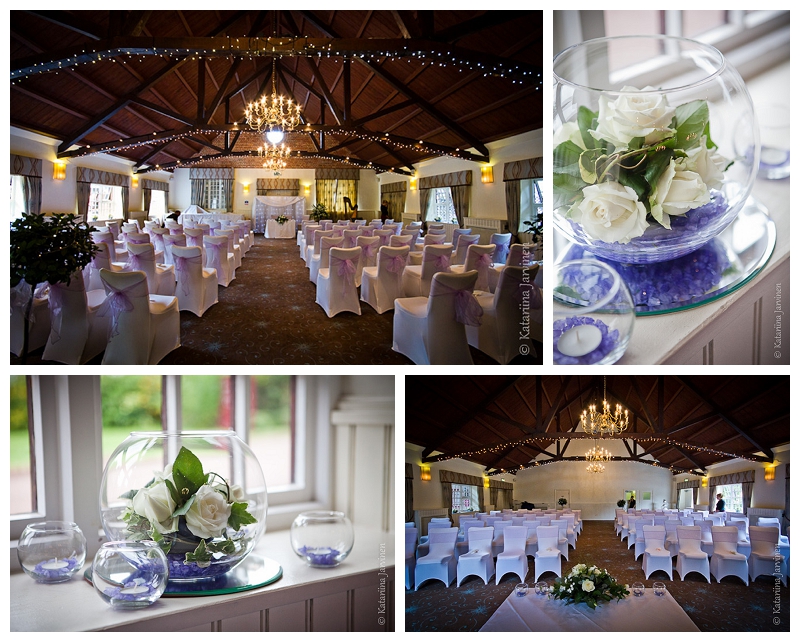 The cake had already been delivered, too. When I got back, it was time to set off. 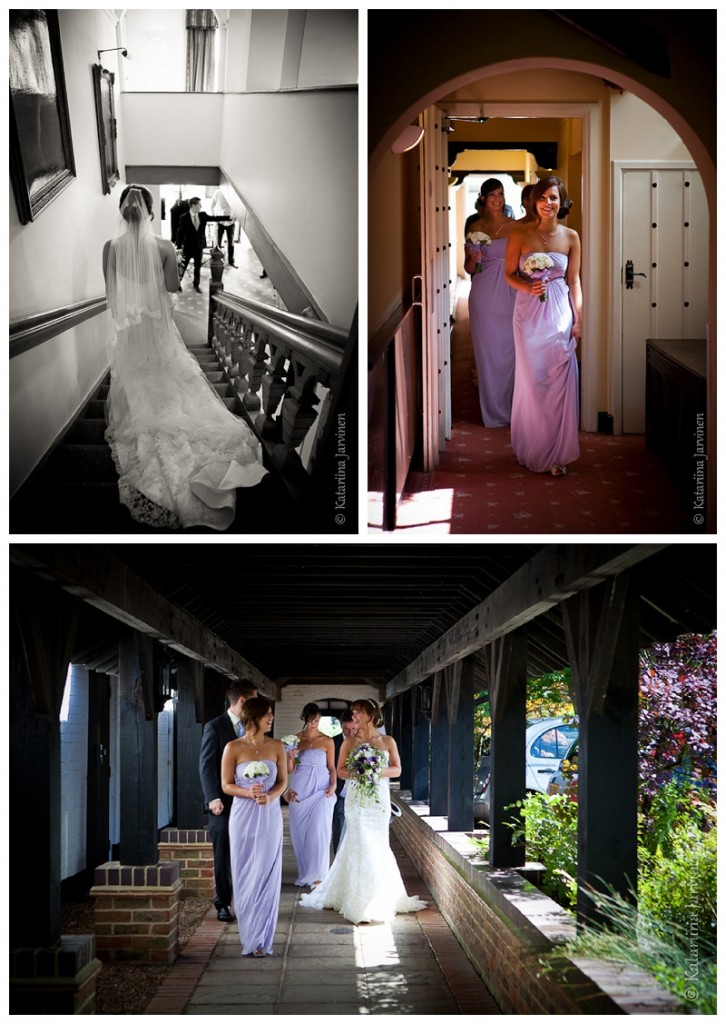 In the ceremony hall, everyone was looking forward to seeing the bride… (The groom ever so slightly nervous, perhaps)   Heavenly, delicate harp music was being played when Lisa entered the room. 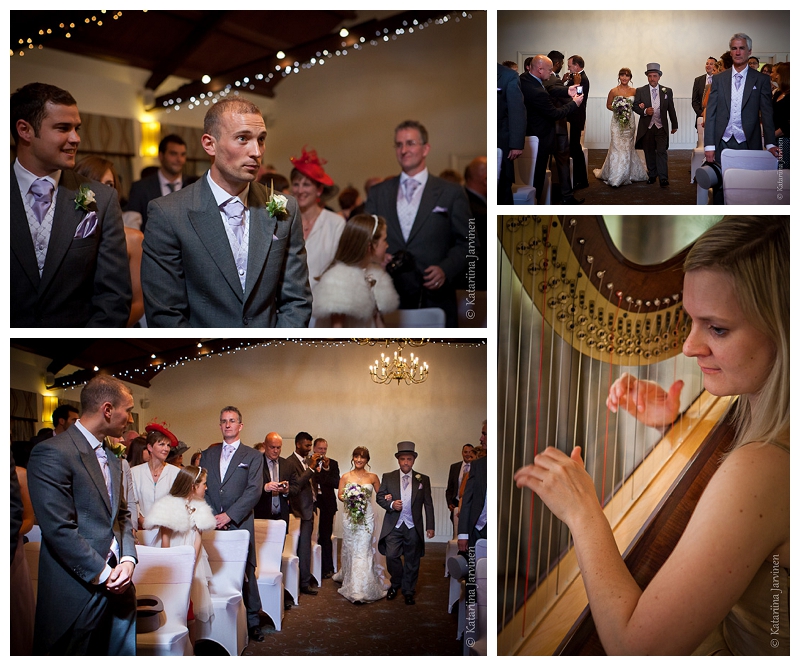 Lisa’s little brother gave the most beautiful reading which he had written himself, and it was so touching that as he spoke he gradually brought everyone in the room to tears! (Me included! I know… shocking behaviour from a wedding photographer, but it was the sweetest, heart warming thing I had heard for a while.) 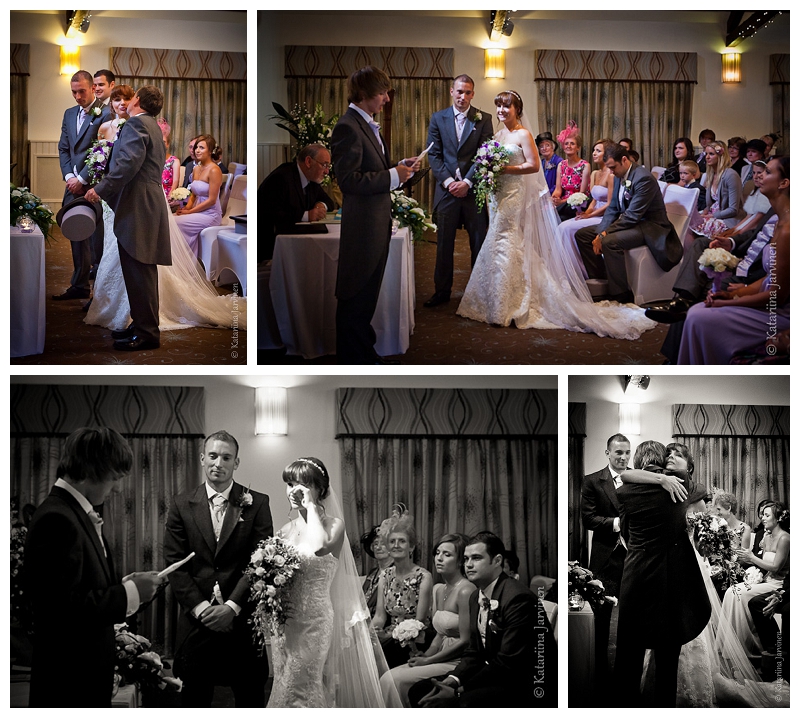 As you can see, I took photos of the exchanging of the rings from three different angles. I don’t usually move from my spot during the key moments of the ceremony, but the lovely registrar was actually encouraging me to get good shots! She was the most accommodating registrar I have come across by far, and I was a little bit in a grateful shock because of it. It was a relaxed and happy affair, so I doubt anyone was disturbed by the fact that I made those couple of moves during the exhange of the rings.

And here they are: Mr and Mrs! 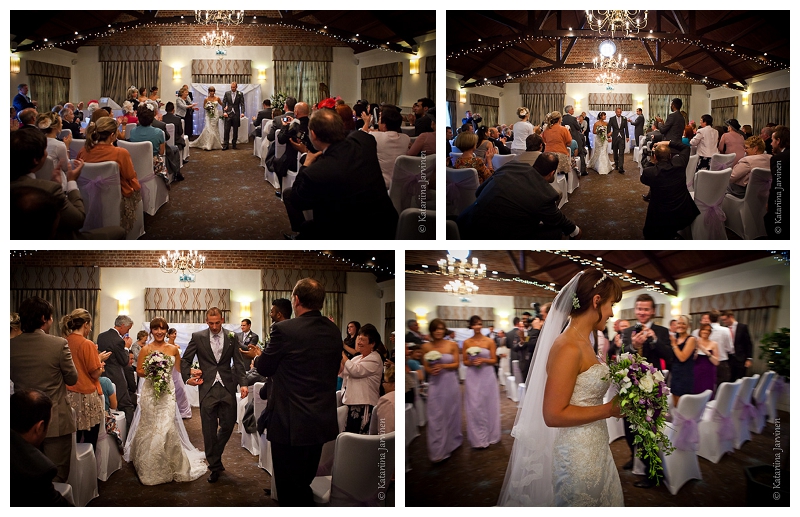 Ahhhh, a drink! The lovely staff at the Ghyll Manor were ready for the couple and their guests. 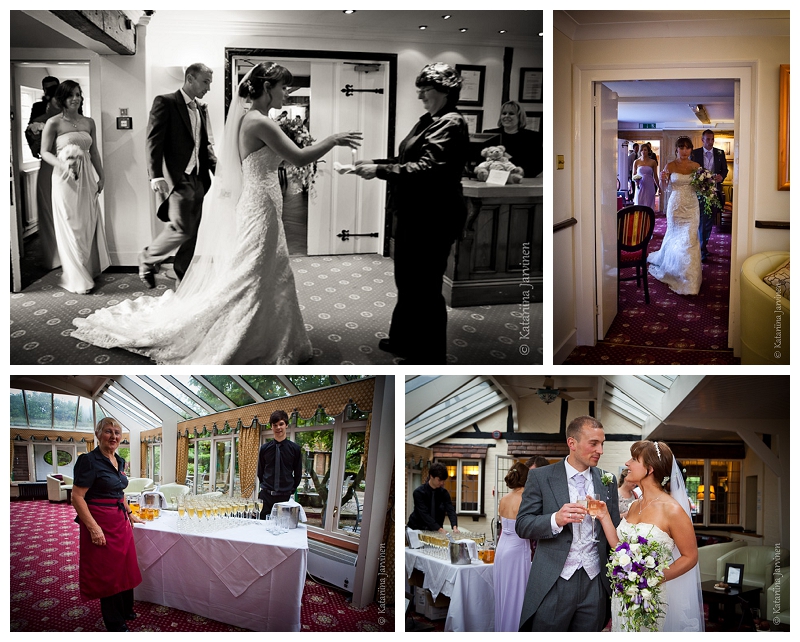 The weather kept us in suspense all day as it was raining most of the day, but by sheer luck (or cooperation from heavens) it rained all morning until just before the ceremony so that I could go and take photos of the groom and groomsmen; it rained again during the ceremony, but when we came out, the rain went away! So everyone could enjoy their drink outside, and we managed to take the group photos on the patio, too! Because of the rain I was prepared to take the photos indoors, so I was extremely thankful that I could take Lisa and Dan aside for a few minutes and take some photos of them in the beautiful surroundings of Ghyll Manor! 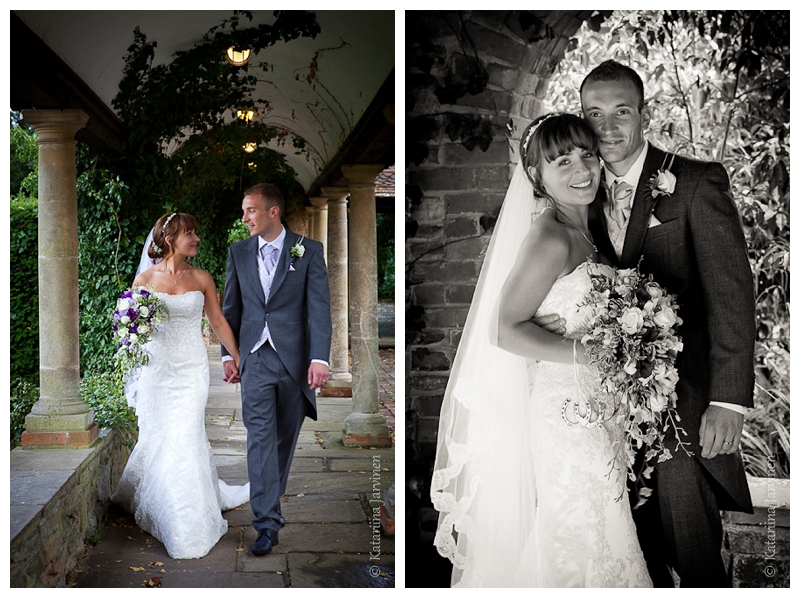 Fast forward to the wedding breakfast (and again, it rained while everyone was indoors!). Next, you’ll see the reason why I carry two cameras at all times on me when I’m photographing a wedding: both the close-up and the wide-angle shot have been taken from the same spot. I really don’t want to miss a moment while changing lenses so I have both a telephoto lense and a wide-angle lense ready for use at all times on two separate camera bodies, so that I can capture both details and general shots within seconds at any given situation. It’s the nature of reportage style wedding photography. Both the father of the bride’s and the groom’s speeches were very funny, so the Best Man felt the pressure to deliver “the funniest speech” (as it traditionally is at British weddings), but I think he did just fine! After the speeches, the sun came out again, as well as the rainbow! The legendary Gary was entertaining the kids… Then, the first dance. So beautiful. The night went on with cutting of the cake followed by lots of dancing and merriment. I left with a fuzzy feeling in my heart thanks to all the great people I had spent the day with. What a privilege it was to be Lisa and Dan’s wedding photographer. The couple are enjoying their honeymoon at the moment and I wish them all the happiness in the world now and forever.