Have you ever been at a wedding on a train? I hadn’t until this wonderful wedding of Ross and Fiona at the Bluebell Railway. It all started at Horsted Keynes Station… 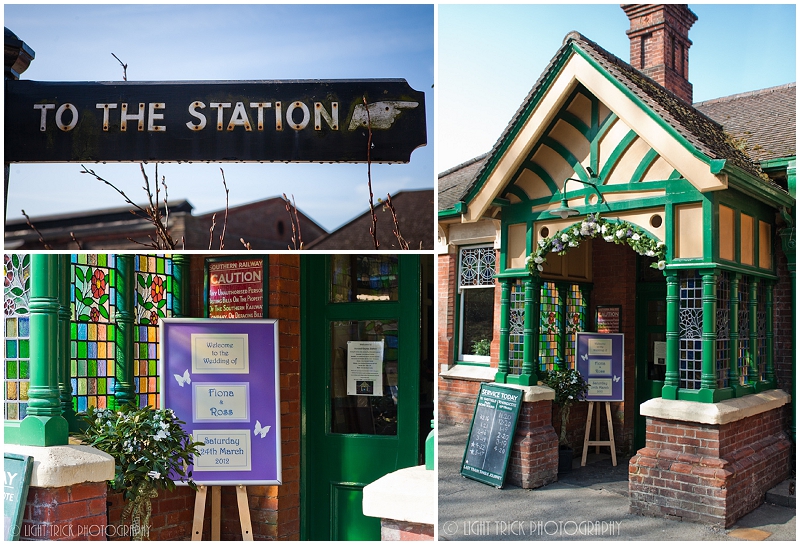 Bluebell Railway run two steam trains on this line, and Horsted Keynes is a beautiful station that has been restored under a 1930s theme, including lots of original paraphernalia from the era. 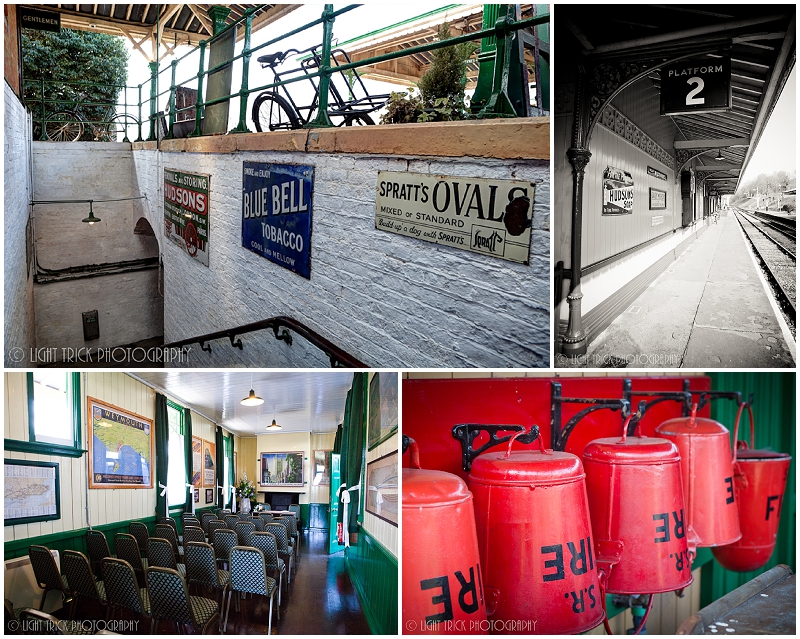 The bride arrived in style! 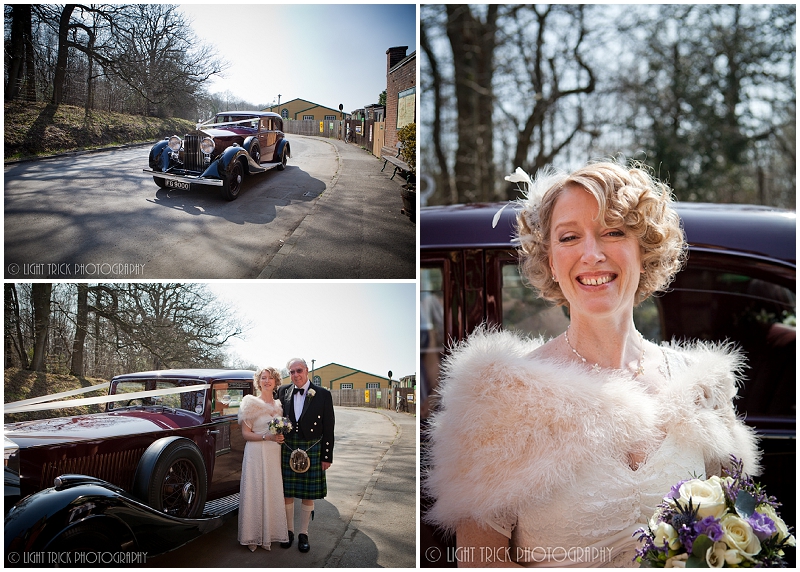 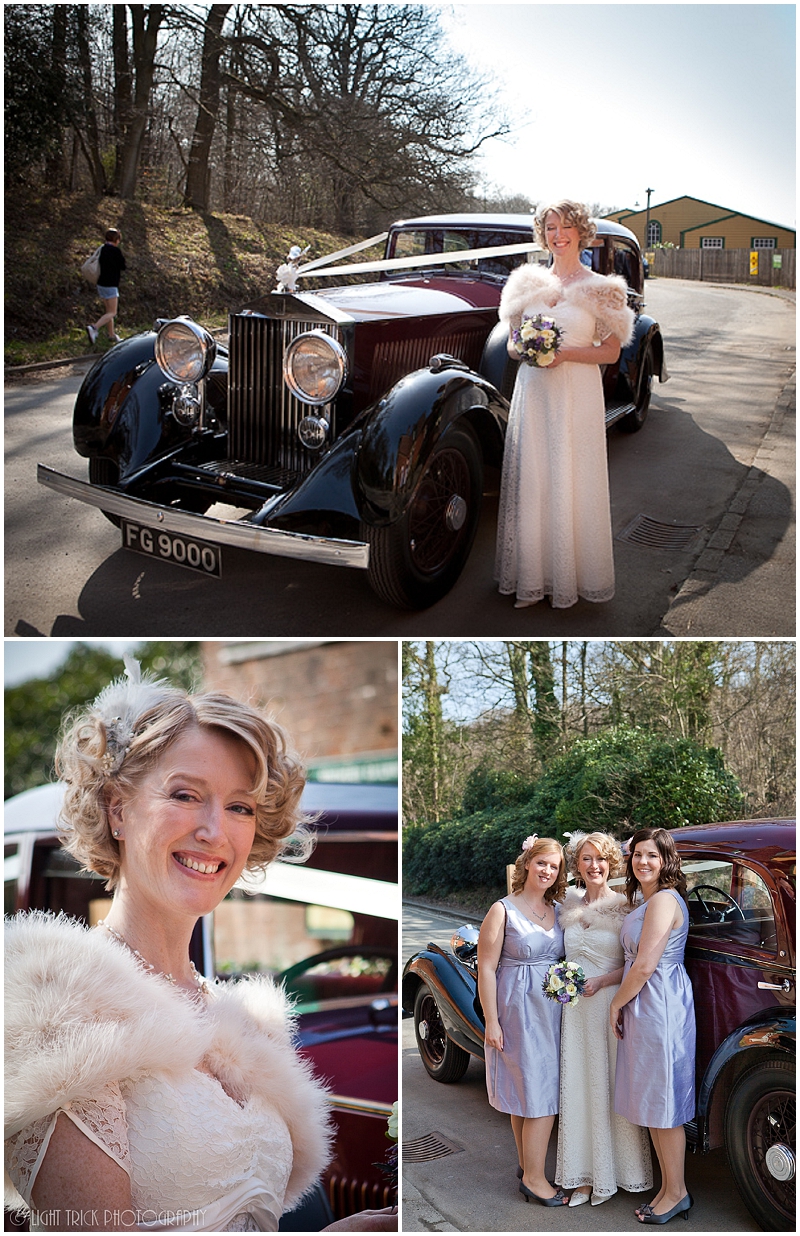 The guests who were waiting on Platform 2 turned around when they heard the bagpipes. Fiona and her parents and bridesmaids were led by the piper from the front of the station across to Platform 2 where the wedding ceremony was to take place in the Waiting Room. It was such a special moment- what a way for the bride to arrive. (You have to imagine hearing Road to The Isles on the bagpipes here.) 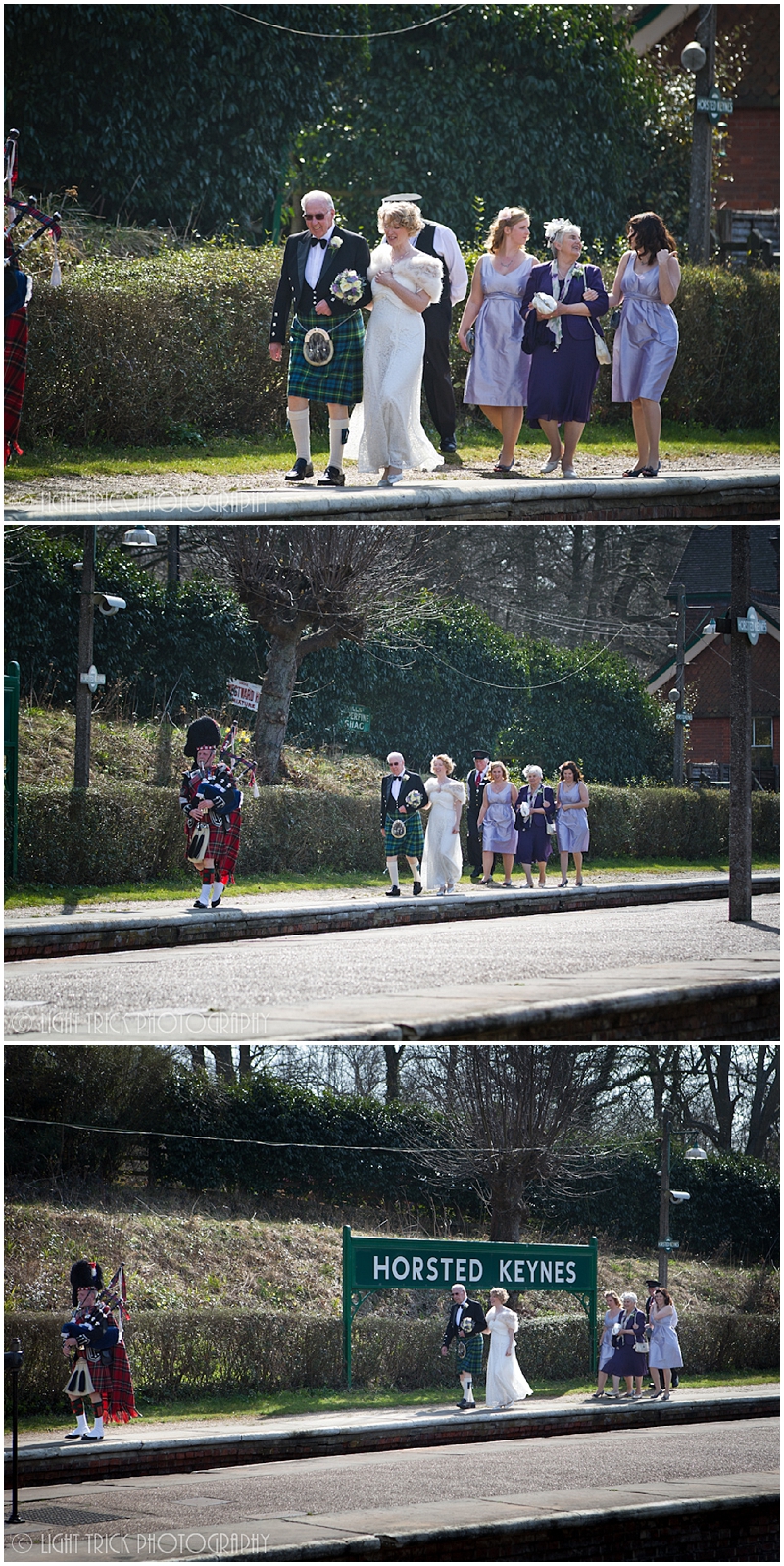 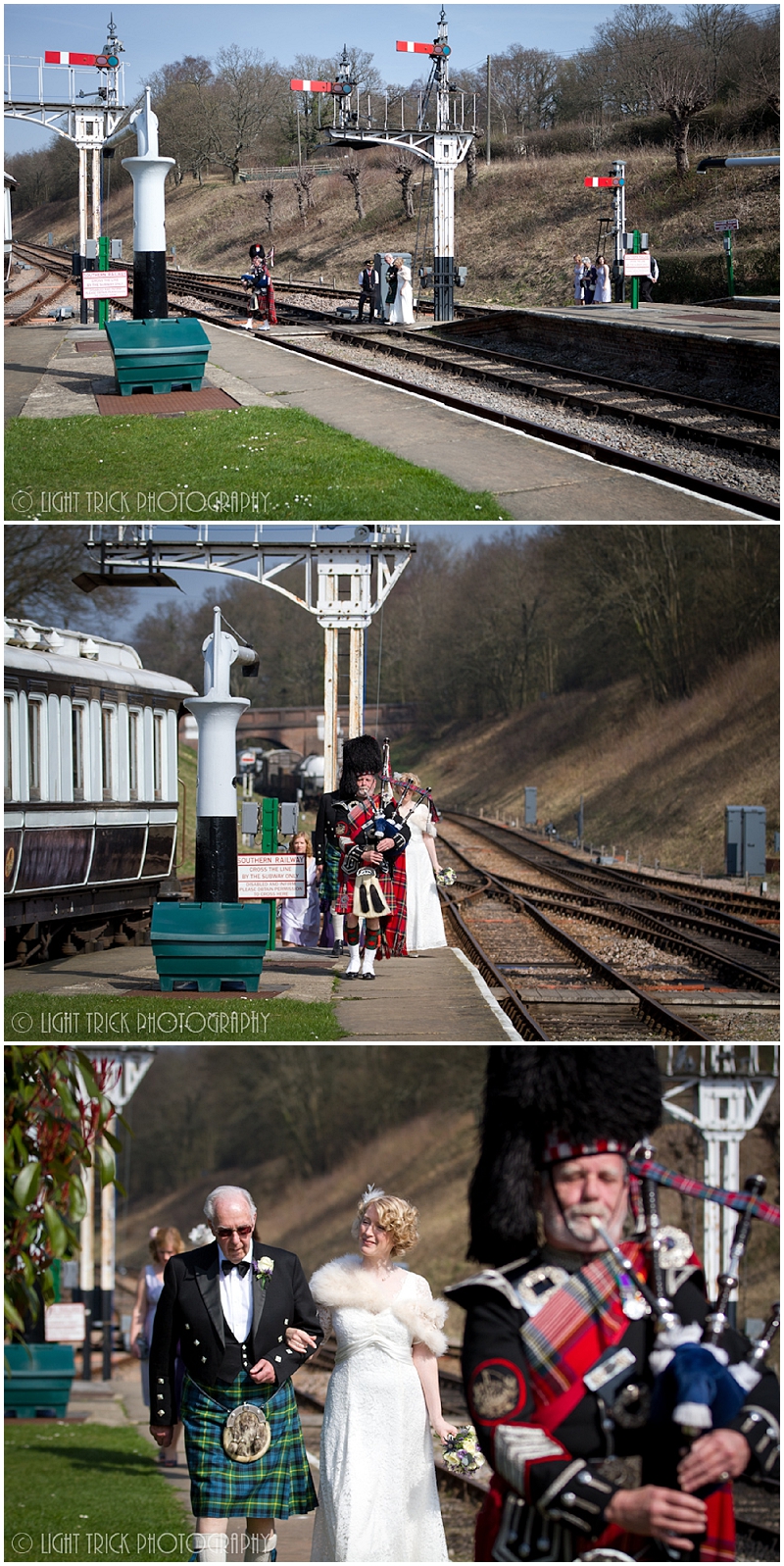 In the meantime, the groom and best man were waiting in the… well, the Waiting Room! 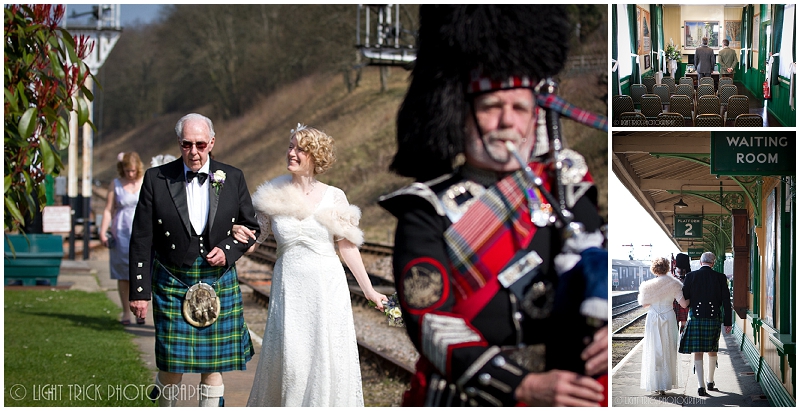 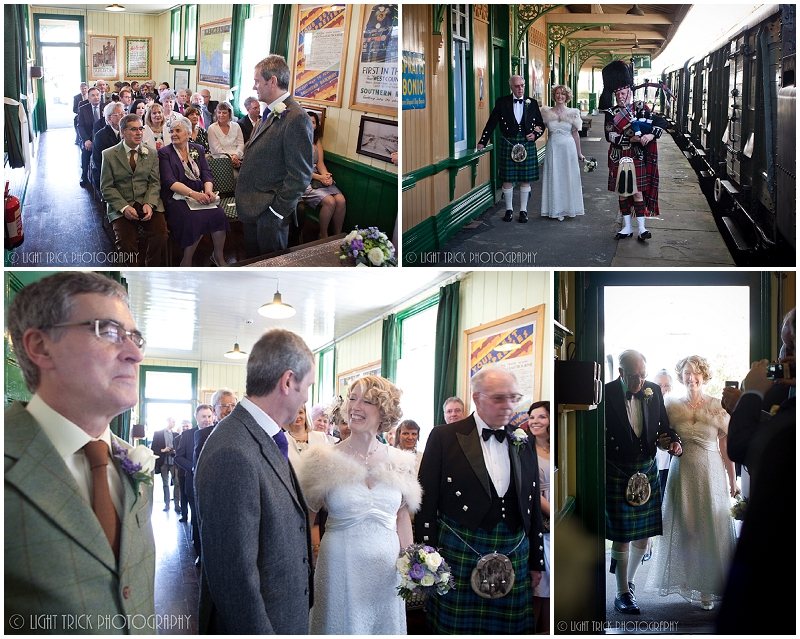 I don’t remember what was said at this moment, but I love the face Ross is pulling.

And here they are, Mr and Mrs! Officially! 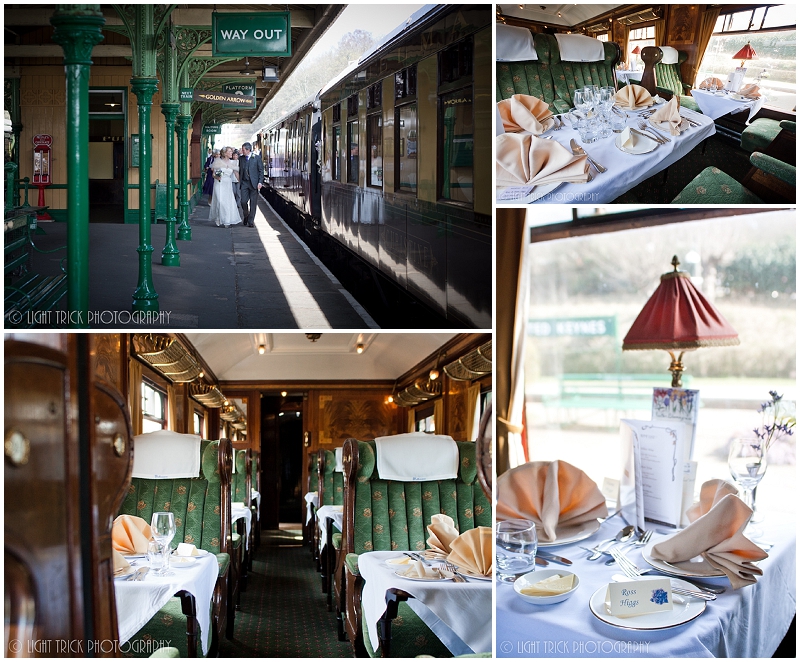 We took some photos of close family and friends posing in front of the Golden Arrow steam engine. 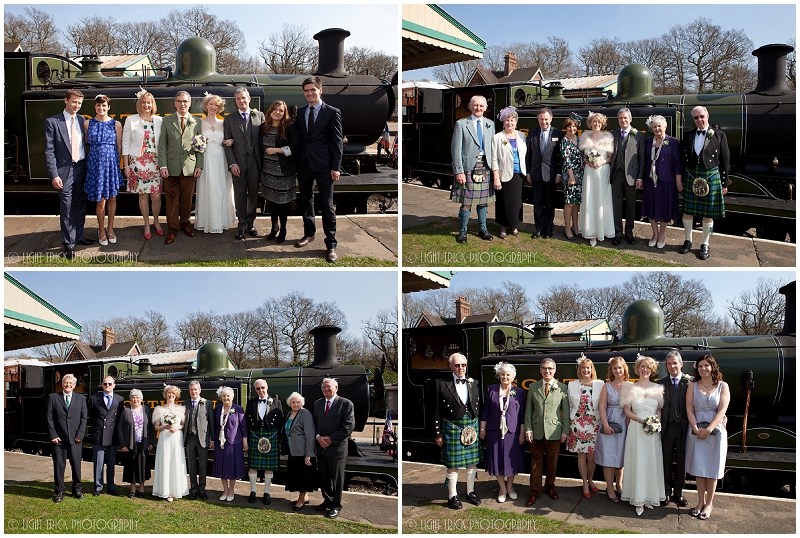 And as there was a steam engine, I thought, surely we should have some steam! (I thought this would be the steamy photo of the day, but Fiona had a plan for a steamier one later!) 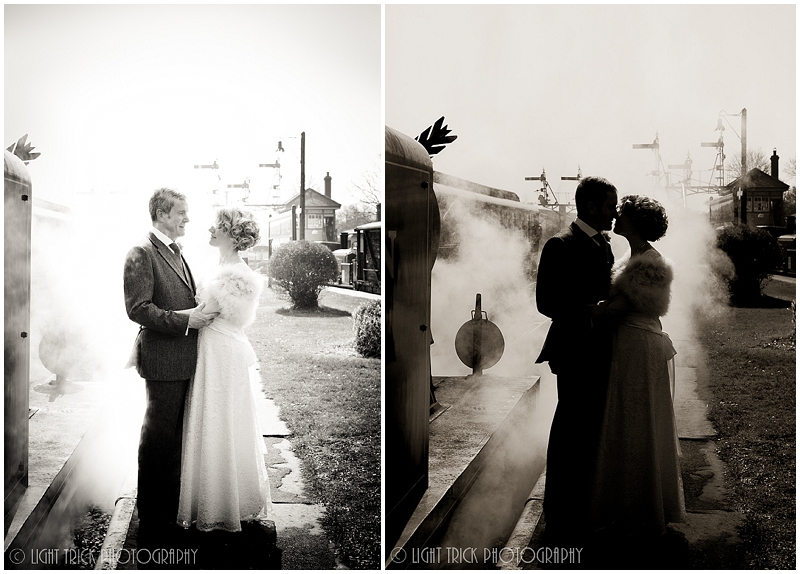 And so the journey on Bluebell railway starts! The carriages are absolutely beautiful with all the original details. 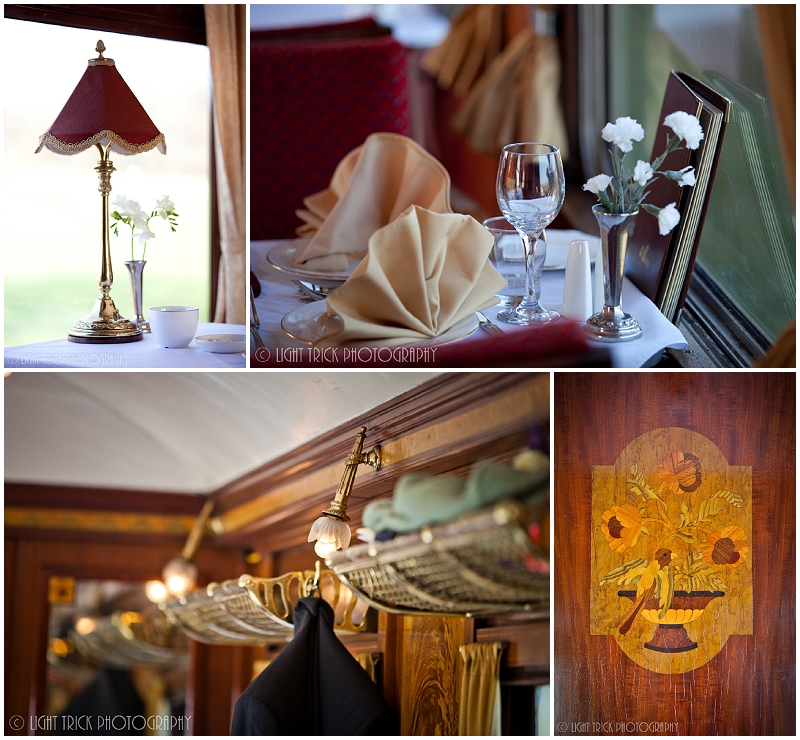 Not only was wedding breakfast served on the train, but there was entertainment, too! Magician John Clayton was amazing everyone with his tricks. 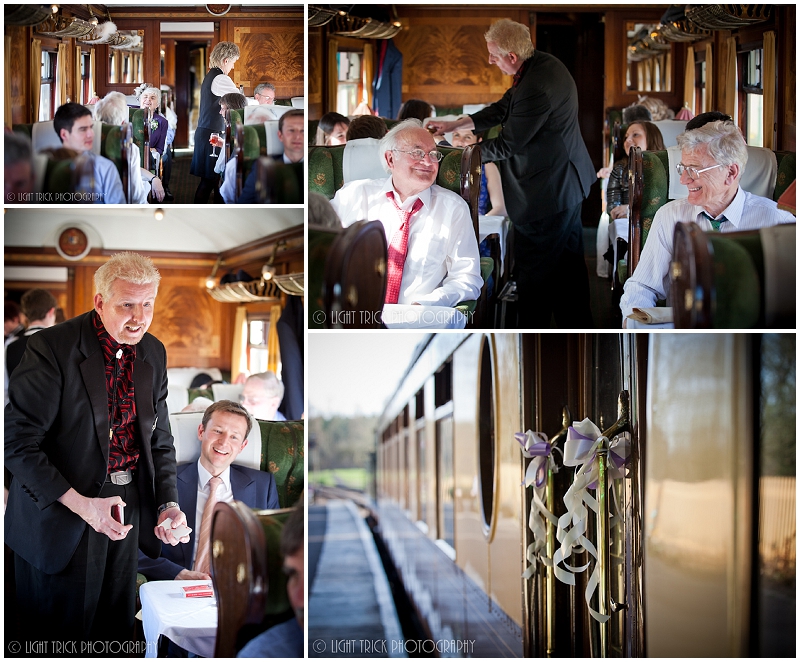 At the end of the railway line at Sheffield Park station Ross got a chance to go and ride in the engine when it moved from one end of the train to the other. Of course Fiona would have been allowed to hop in as well, but there was no way to fit into that small steam engine without getting her dress and shoes soiled in soot. Just have a look at those two fellows on either side of Ross and you’ll see what I mean. Everyone had a chance to stretch their feet at the station. 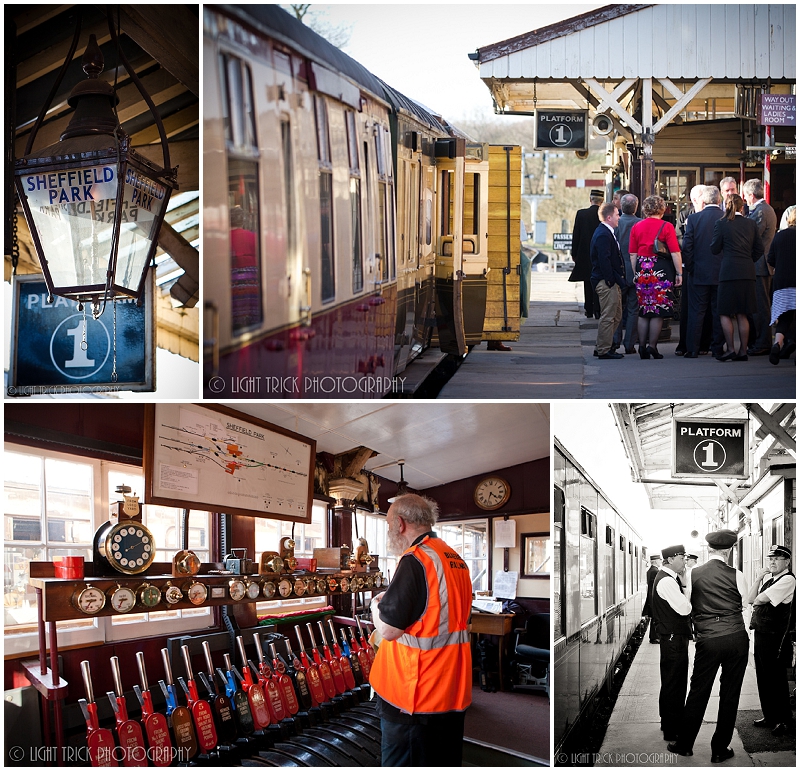 At the very end of the journey, John had one special magic trick for the newly weds. I have no idea how he did it, but Fiona and Ross have a unique playing card memento from their wedding day to keep. 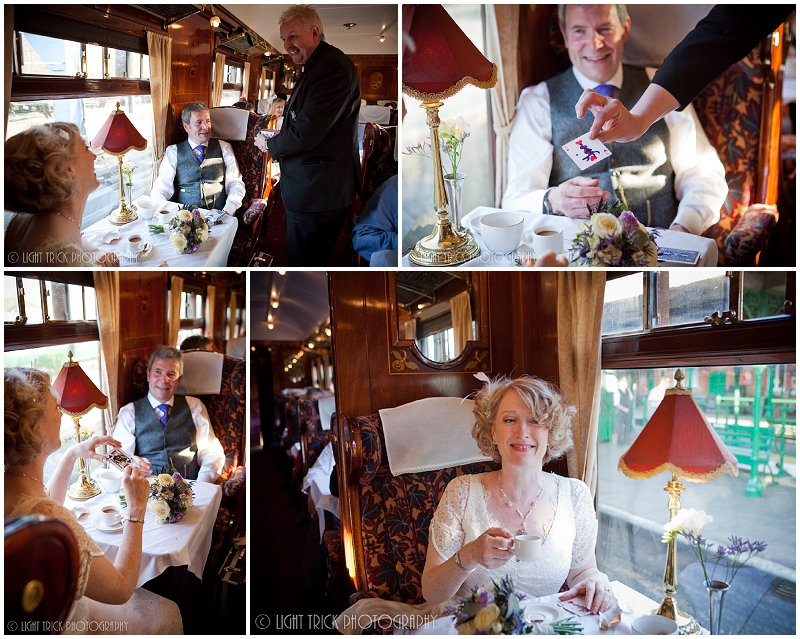 Did I mention a steamy photo earlier? Fiona had spotted a sign in the bushes that she wanted to have a photo next to. What a wicked girl! I couldn’t resist but do a bit of photoshopping on the sign. Off to the party! 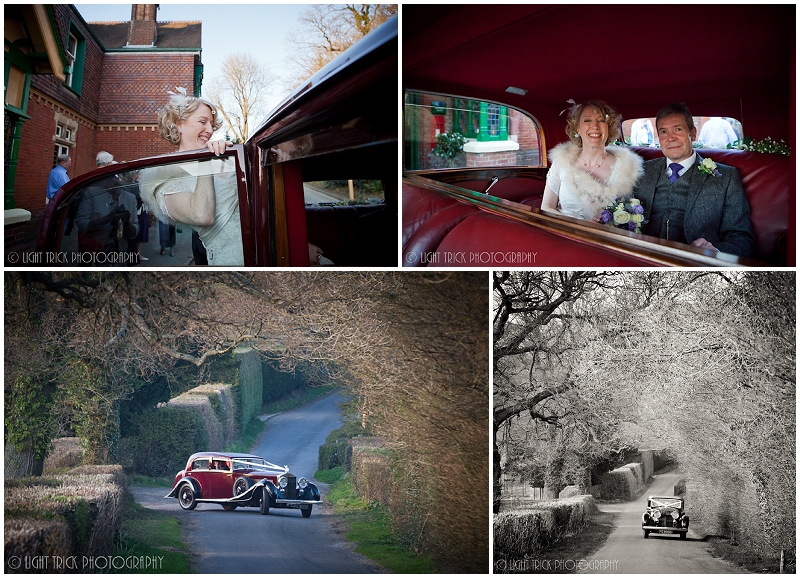 We stopped en-route for a few photos, just before the sun set! In the meantime, Highbrook village hall was ready for guest to arrive. After some drinks and speeches, ceremonial cutting of a very little cake. The gorgeous cupcakes were made by Amy of Vintage Cupcakes. Time for First Dance! Rachel Bundy and her band started playing, and Fiona and Ross took to the floor. I can honestly say this was the most impressive first dance I have seen. But no wonder… the couple actually met on a dance floor some 17 years ago! Quite fittingly, the track Fiona and Ross danced to was ‘At Last’ (by Etta James). What a beautiful and fun wedding. It has been an absolute pleasure to get to know Ross and Fiona, and I wish them continued happiness in their lives from now on as a married couple!