The annual UX Brighton conference was on at Brighton Dome Corn Exchange on Friday. I have photographed this event every year since 2011 and it’s always been one of my favourite events to shoot. 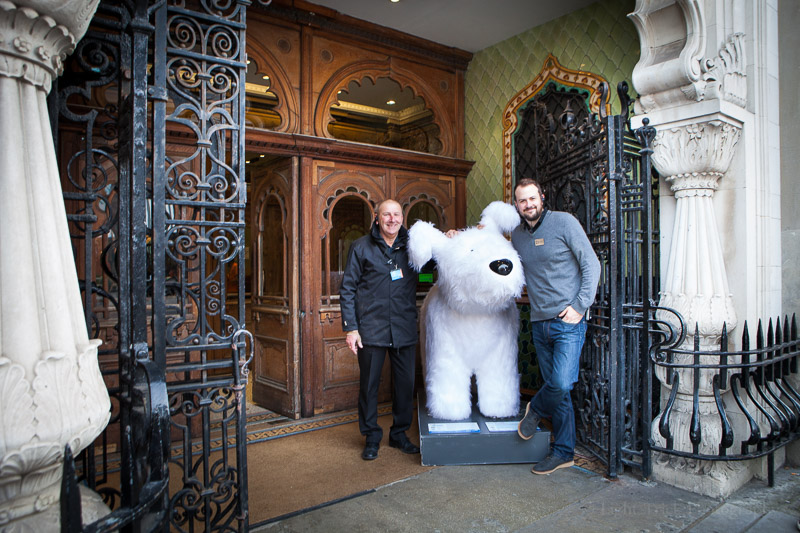 This dog is called Roodle and he is one of the many Snowdogs by The Sea, which is a charity art trail in Brighton and Hove till the end of this month. I took a photo of Roodle on his own with my mobile phone on my way out in the evening after the conference. 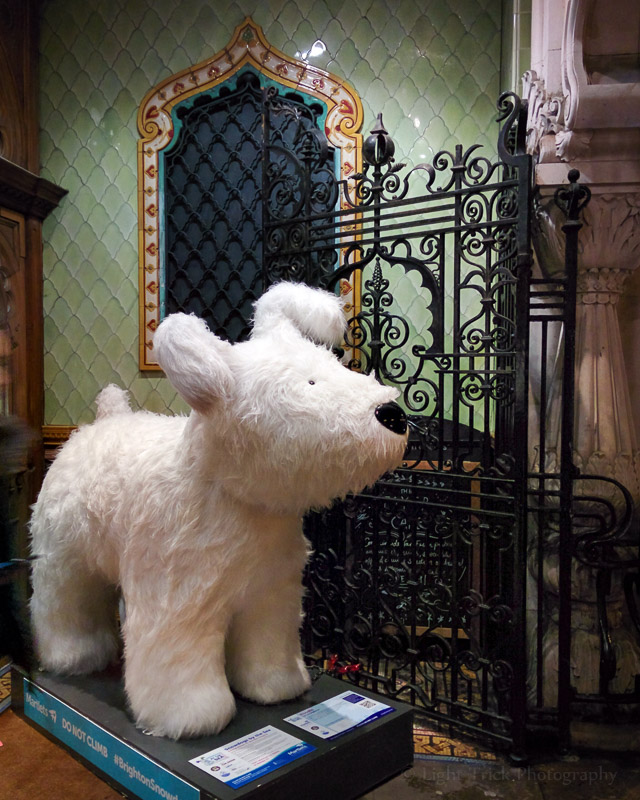 Back to the beginning of the day. People registering for the conference, and walking in to Corn Exchange. 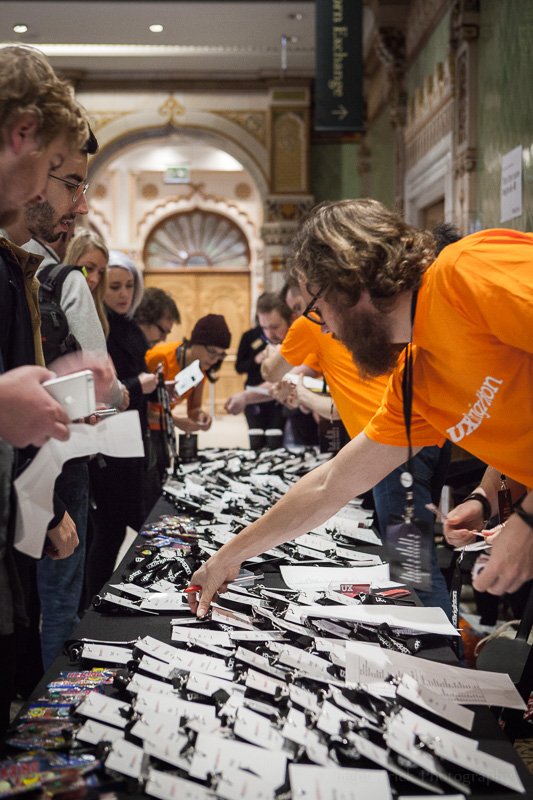 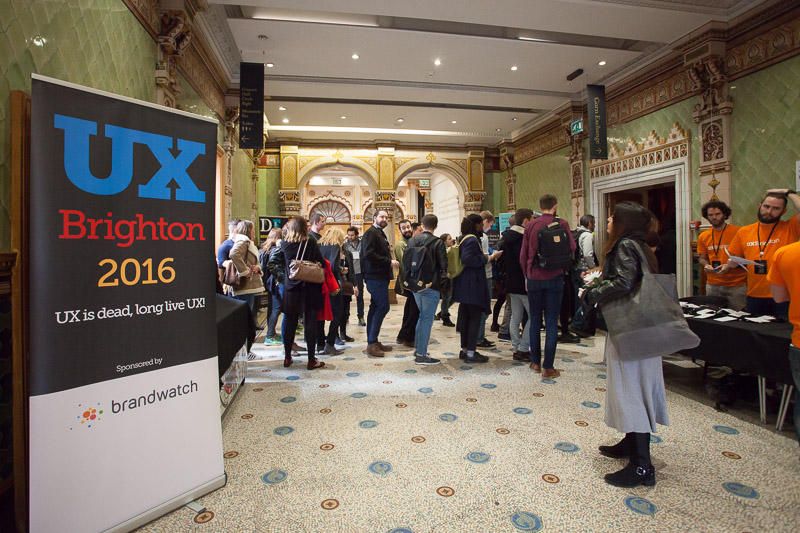 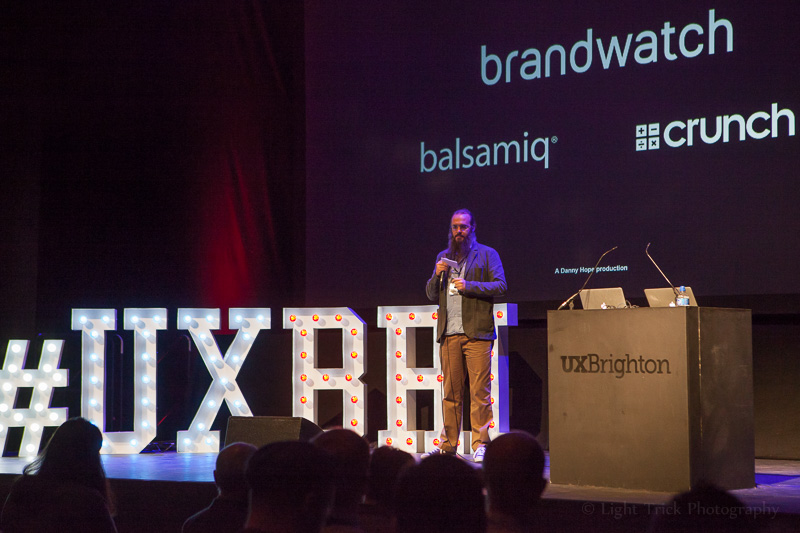 What I didn’t mention yet is that there wasn’t a UX Brighton conference last year, so the last time I photographed this event was two years ago. The biggest difference to all the previous years that I noticed was that the audience was taking a lot more photos with their mobile phones during the talks this year. And some even with their iPads and other tablets. (Just like guests at weddings…) 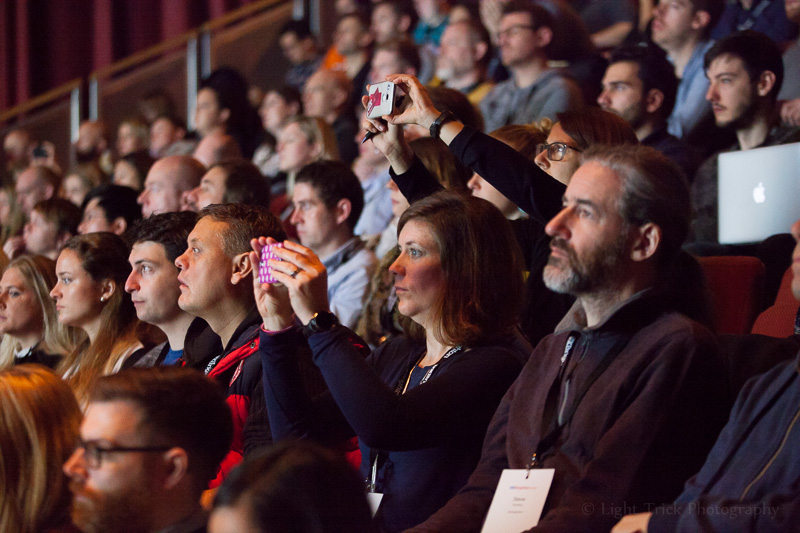 Also, the photos that subsequently appeared in the Twitter feed for #UXBri were of hugely better quality than two years ago. Just goes to show how much mobile phone cameras have improved in the last two years, especially when it comes to low light performance. People sitting in the front rows were tweeting photos that looked really good in the size that I could see on my mobile phone screen.

So apart from taking straight-on photos of the stage myself… 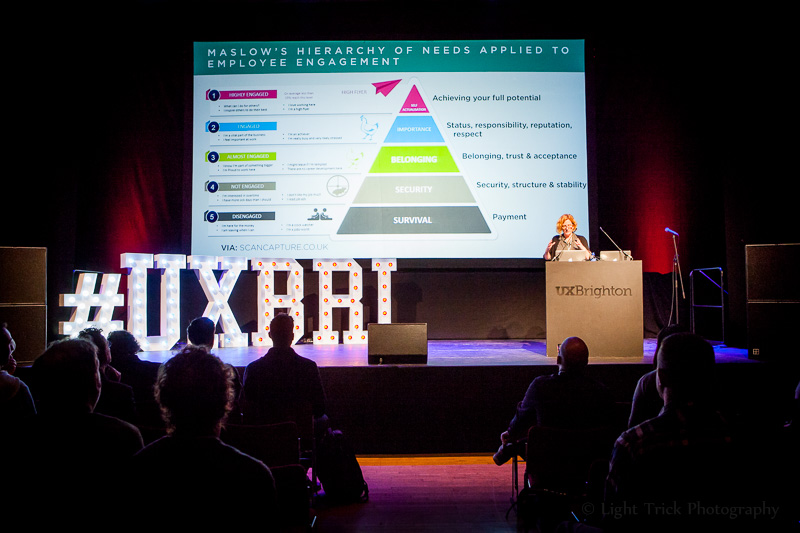 …I made sure that I took plenty of photos that show the conference in a way that can’t be captured from the audience with a mobile phone. 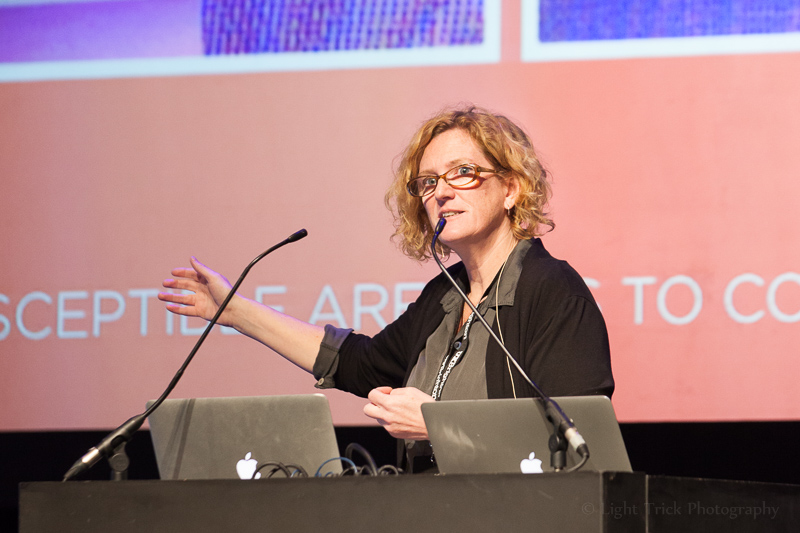 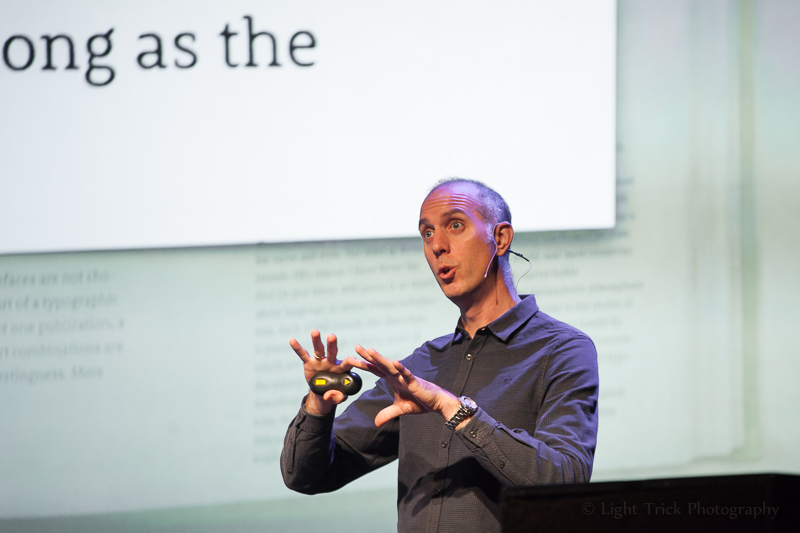 (I doubt that ANY mobile phone is good enough [yet!] in low light to capture something like this of the dimly lit audience. If someone managed it, let me know!) 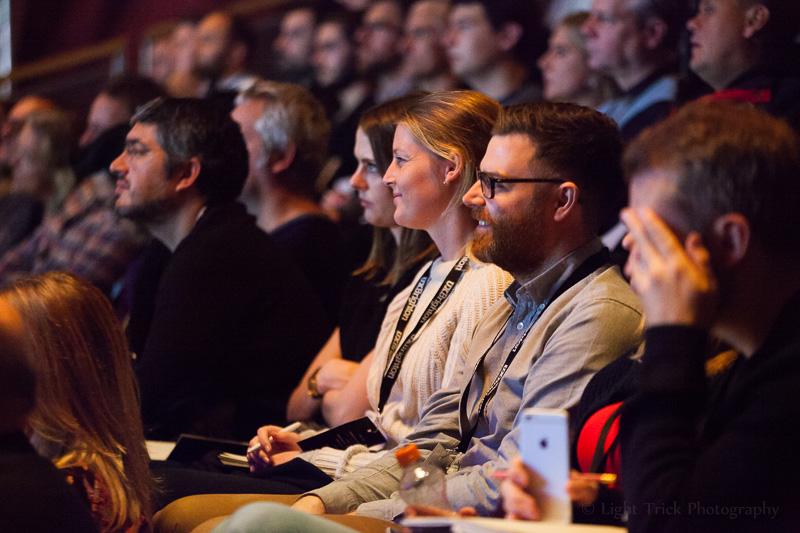 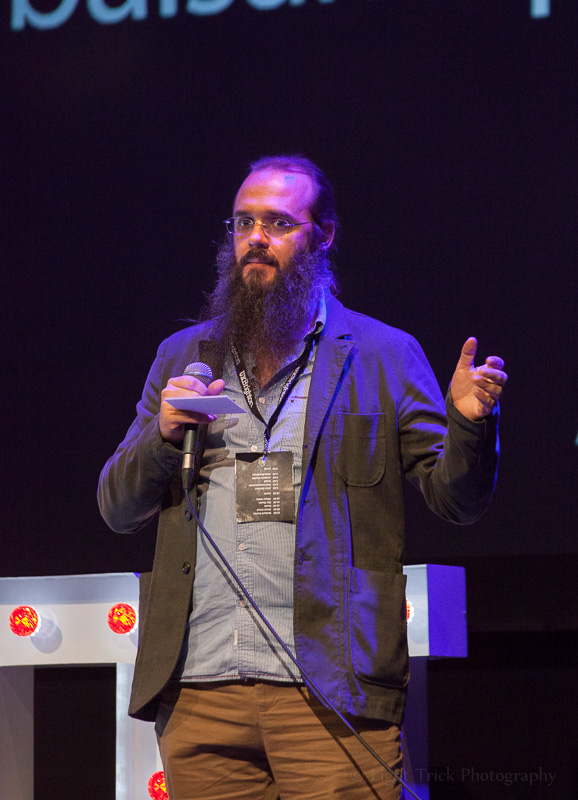 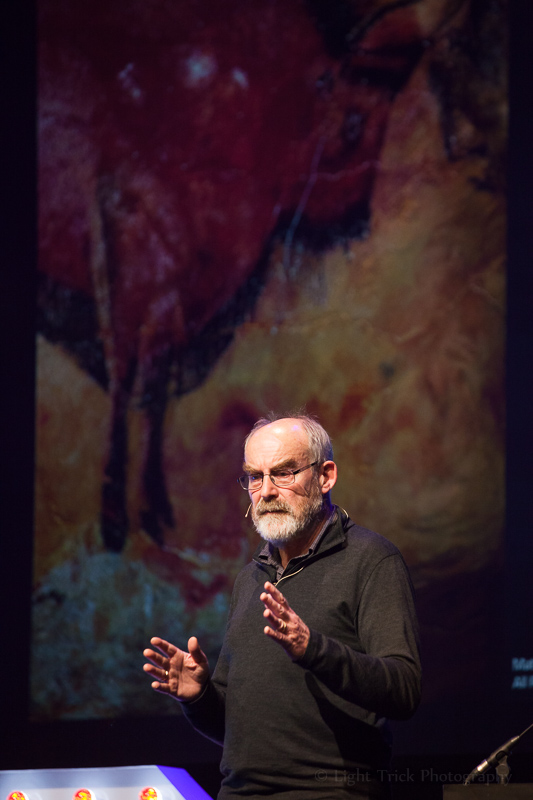 A random note : for me, as a fellow Finn (as in ‘fellow to Linus Torvalds’), this was an amusing moment (Alice Bartlett explaining why Git is called ‘git’). 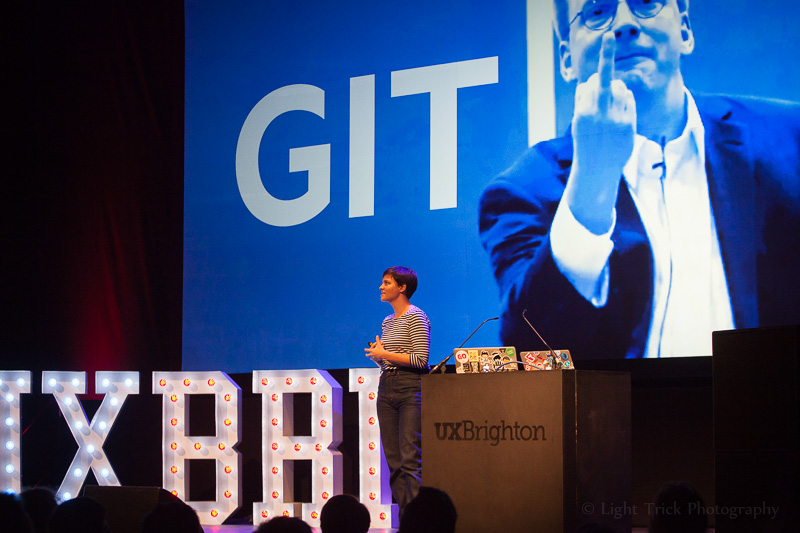 I’m not sure whether I was imagining it, but to me it seemed like it hasn’t been as dark in the afternoon in previous years. This year afternoons are much darker than normal – I’m sure of it. The last coffee break felt like night time in the foyer. 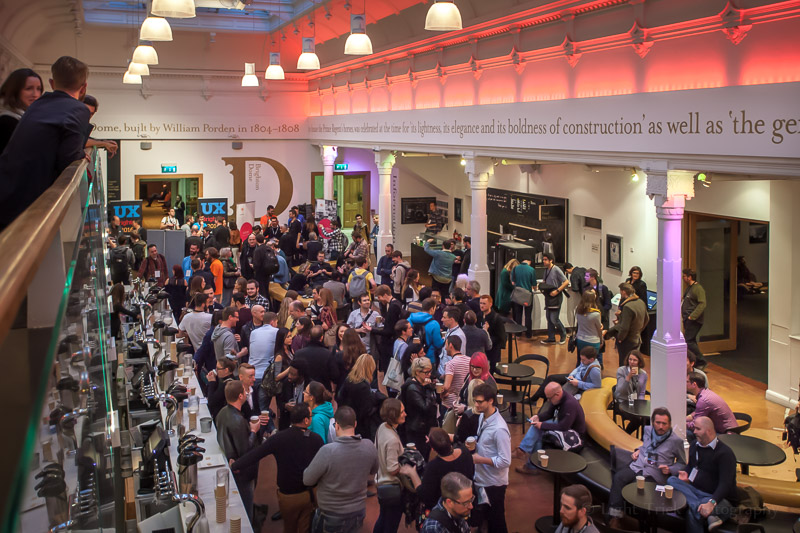 After the talks were over, it was time for the after party at The Skiff. What a great ending to a great conference! 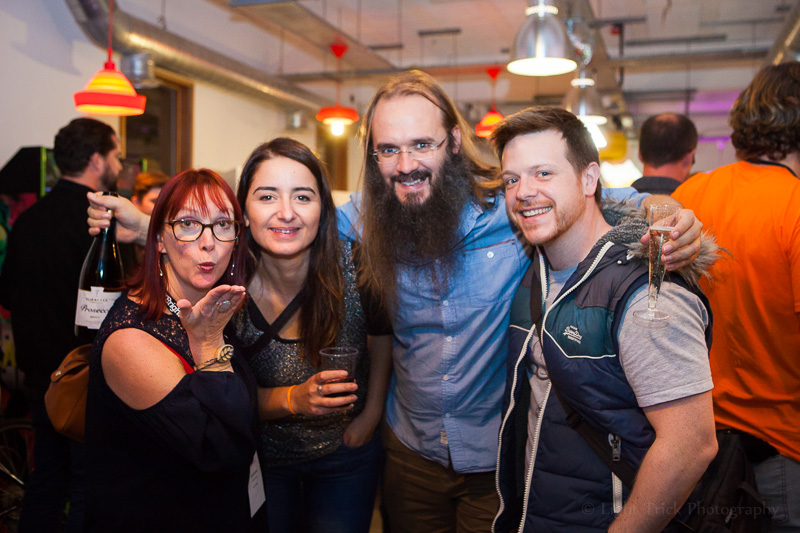 If you’d like to get great quality photos of your conference or any other event, do get in touch!
Send me an email or give me a call on 07951-635802. I drive a car and cover the whole of SE England. I look forward to hearing from you!