I went for a walk in Kingley Vale National Nature Reserve near Chichester, West Sussex yesterday. There are these amazing huge, old yew trees there which are creepy and beautiful at the same time. We were lucky with a lovely weather, but to be honest, next time I go there, I’m hoping for a thick fog. The yew forest must be doubly impressive and atmospheric on a foggy day. 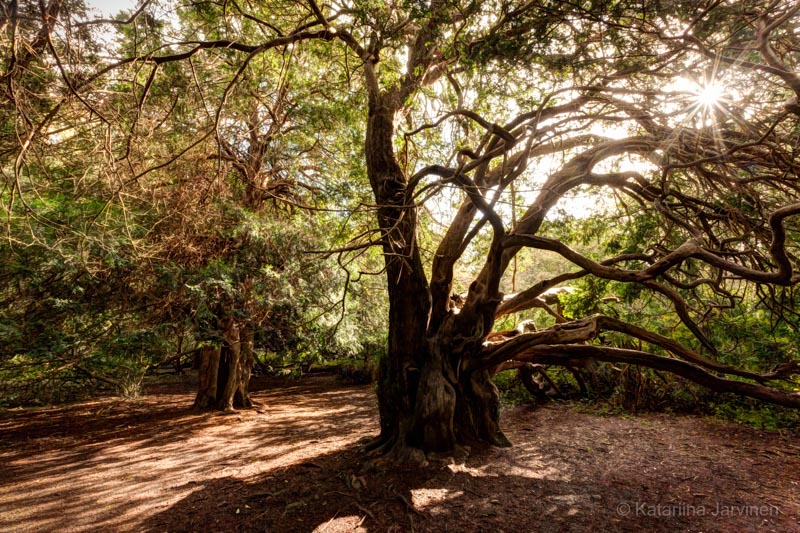 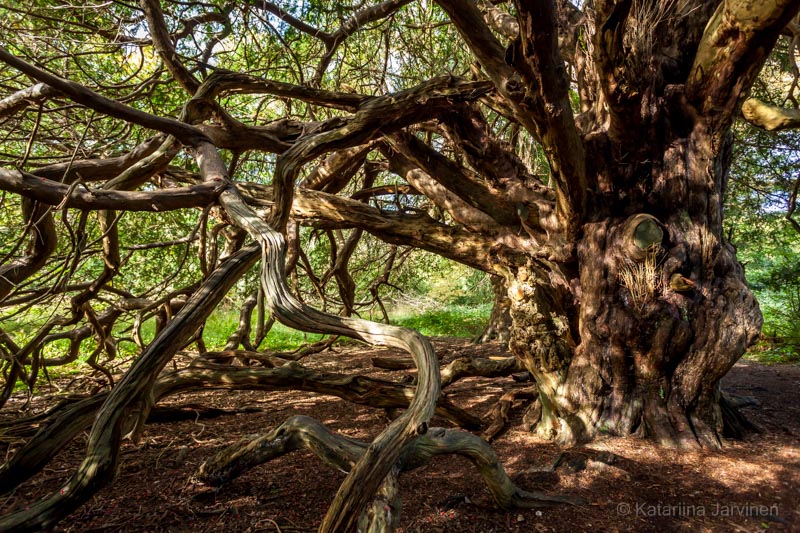 Apparently these yew trees are hundreds and hundreds of years old, making them some of the oldest living organisms in the UK. The history about most European yew trees having being felled in the 14th century is interesting, thanks to yew being the material used for longbows.

Here is one more photo showing the scale of how big these trees are. I should also mention that dogs are to be kept on the lead in the Nature Reserve. (this dog was off the lead for a moment while we took some photos of the trees). 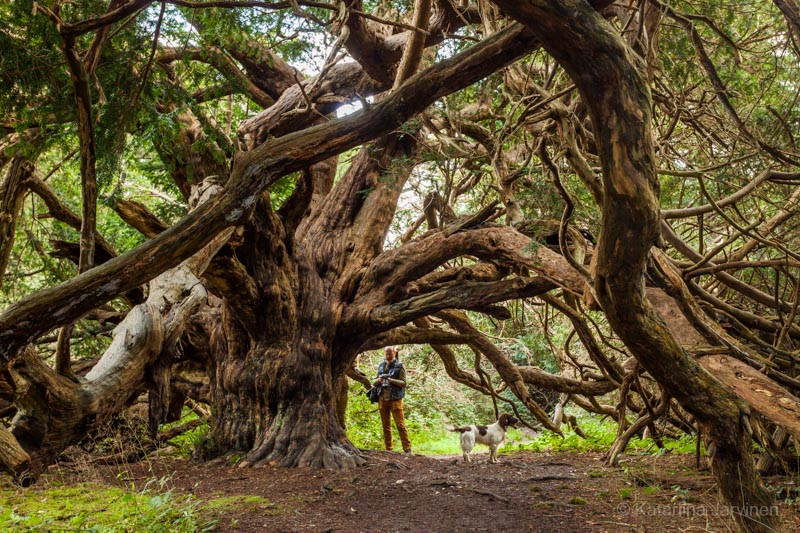