It’s the week of SWPP (Society of Wedding and Portrait Photographers) annual convention in London, and I started it by going to a location seminar yesterday. It was the very first shooting workshop that I have taken part in, so it was really looking forward to it as a new kind of experience in my life.

The day started with a taxi ride from Hammersmith to Bloomsbury, to a hotel called The Montague. After a brief introduction by our teacher Stuart Bebb, the models (‘bride and groom’), Stuart, four or five people from SWPP and five workshop participants crammed into a small hotel room suite to take some indoors shots. 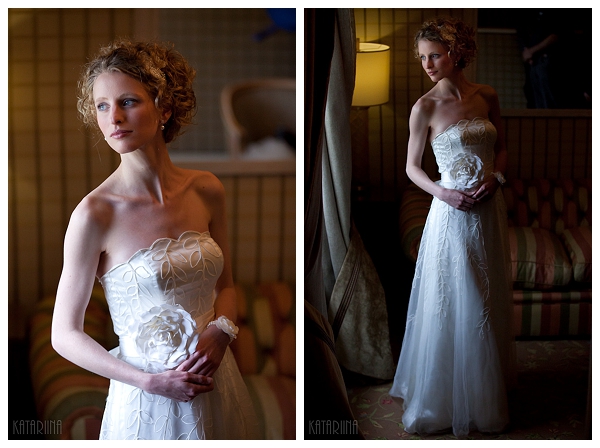 Stuart showed how to make the most of a window light, not only when posing the bride on her own, but also with the two of them. 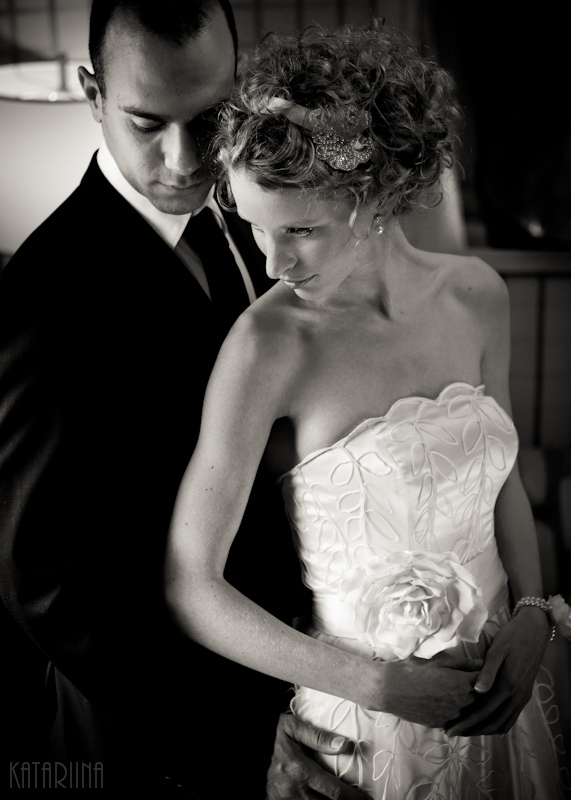 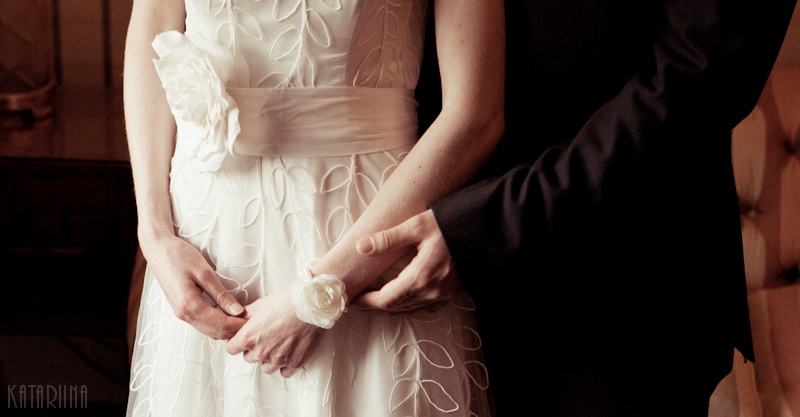 The eagerest of the participants (he ended up being present in most of my photos from the day…) posed the models for this following photo. Nice idea, I think. Was difficult to get a photo using a mirror in a small room, though, without getting at least one unrelated person in the reflection – in this case, one of the guys who were videoing the workshop for SWPP. However, the day was about learning, not about getting stunning photos, I guess. 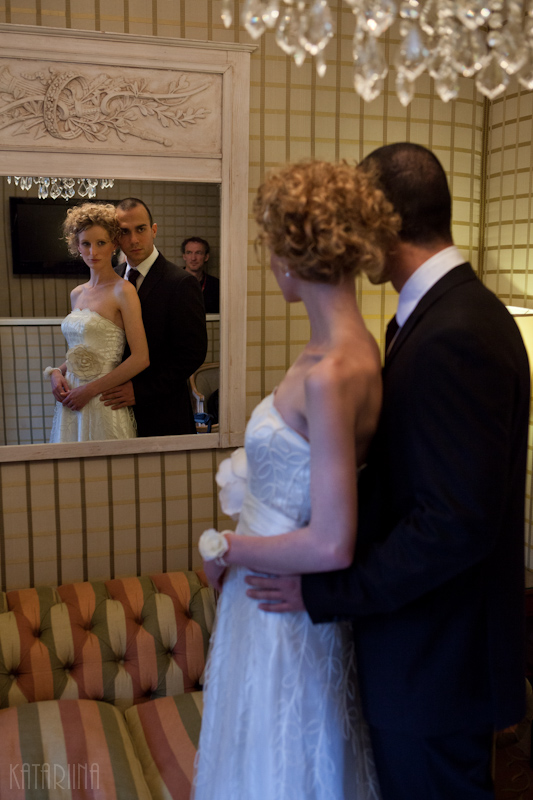 We moved to the area where there was a spotlight in the ceiling, and used that to illuminate the bride with. I have read about this method before somewhere, but haven’t used it for a portrait in a real wedding so far. 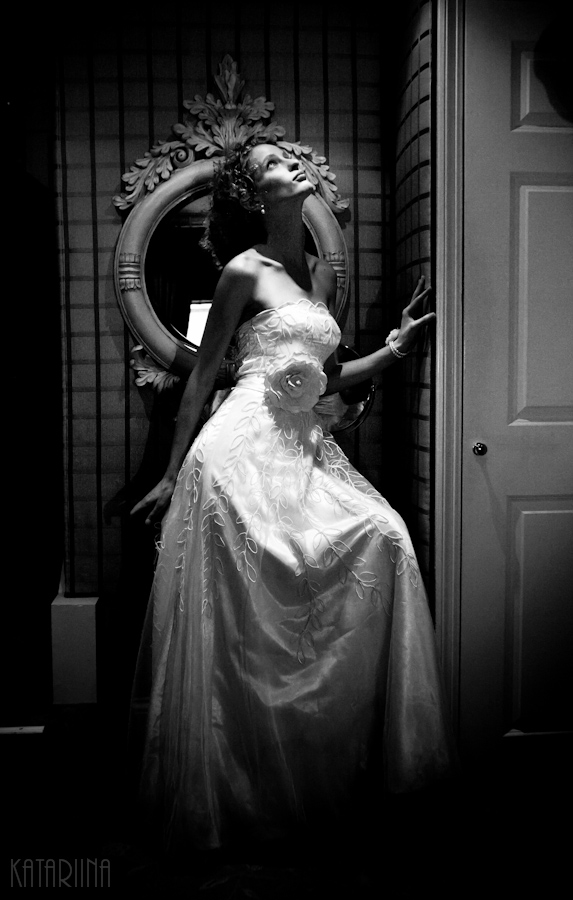 To be honest, most – if not all – brides and grooms that have wanted me to be their wedding photographer have said that they want as natural photos as possible – no posing! It’s the kind of wedding photography I find myself being most attracted to, I have to admit, so that’s probably why I get hired by people who think so, too. My wedding photography has been about conveying true emotions and natural interaction between people rather than quirky, static poses. But from now on, I will look for opportunities to take some bride portraits with interesting lighting like above – if the bride is up for it! 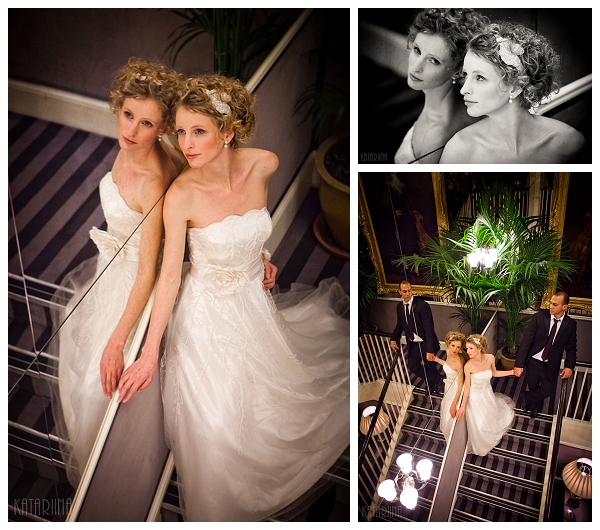 Stuart posed the couple for some shots on the hotel staircase, and drawing room. 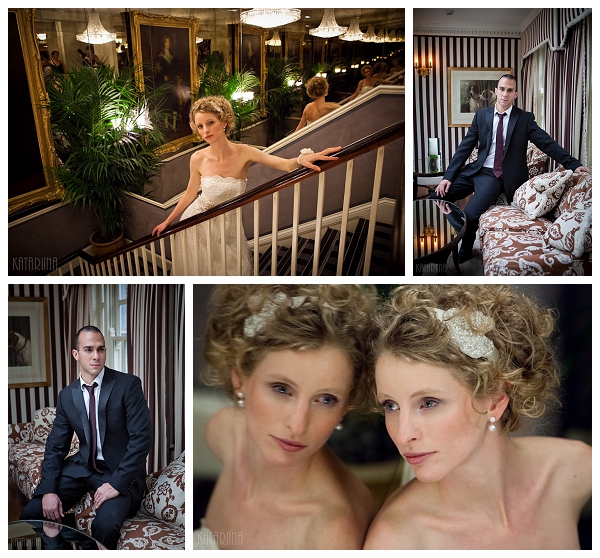 We then ventured outdoors, and created hilarious scenes like this in public. 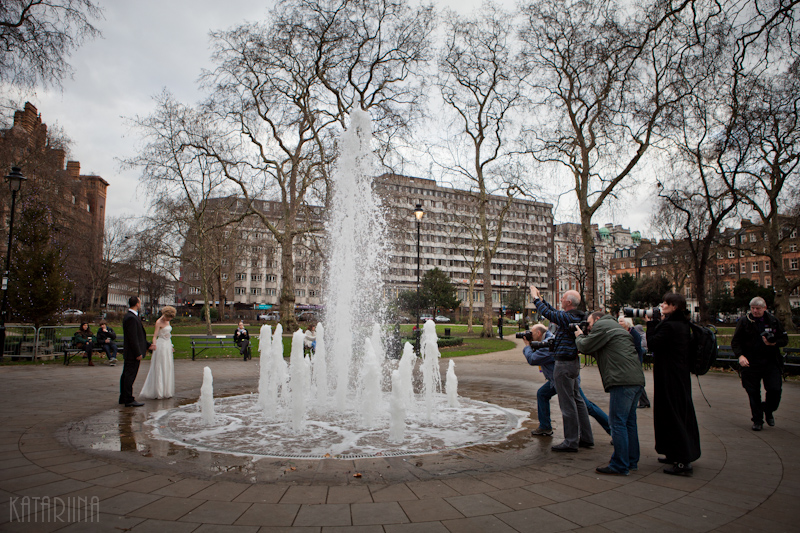 Here’s another pose that was very foreign to me… I really don’t know what to think of poses like this yet. I will let it sink in for a while, I think. (featuring the aforementioned eager workshop participant in the first photo) I didn’t know what to do with this (and couldn’t get a shot without other people in it), so I decided to go to the side and take a portrait of the bride. Can’t decide which I like more, the colour or the back and white version, so here are both. 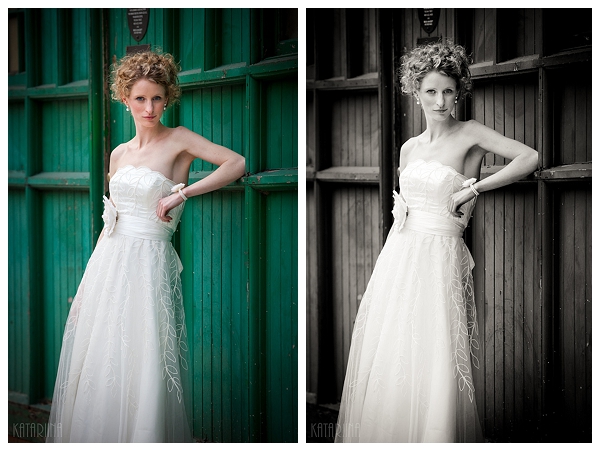 Moving on, we did one pose by the side of The British Museum building, and then Stuart went to ask whether we can enter the forecourt area, but the security guards by the gate apparently said that only Stuart can go with the models and the rest of us have to stay away (!), so Stuart went on his own to take a photo of the bride while the rest of us waited by the gate – but I managed to snap one shot with my long lens, ha! 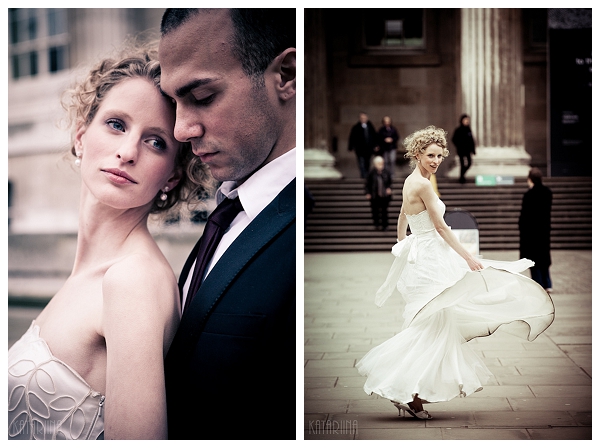 Next, Stuart decided to torture us by placing the models in front of a camera shop with a load of £2000+ lenses in the window. So cruel. 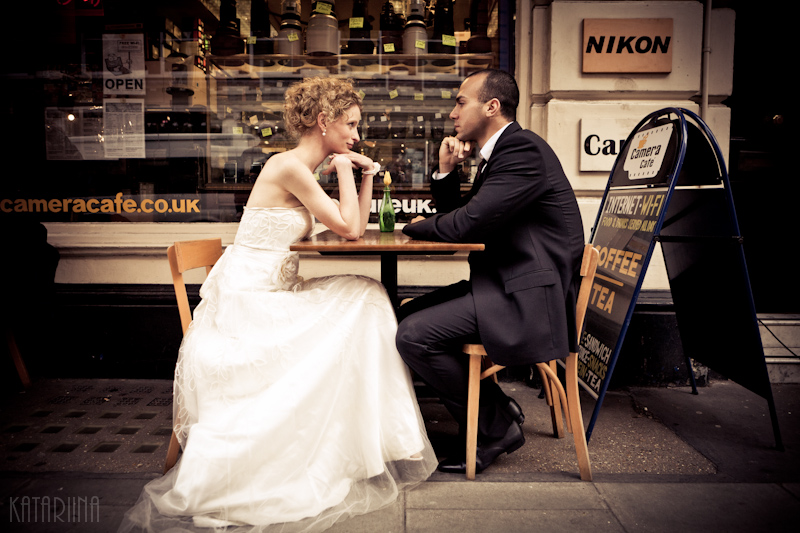 Found some steps, and Fredau showed us some more of her modelling skills… just like that – she sat on the steps and became instant art. She is a fantastic model. And not only a model… she also had some great tips and ideas for the photographers for getting better photos! 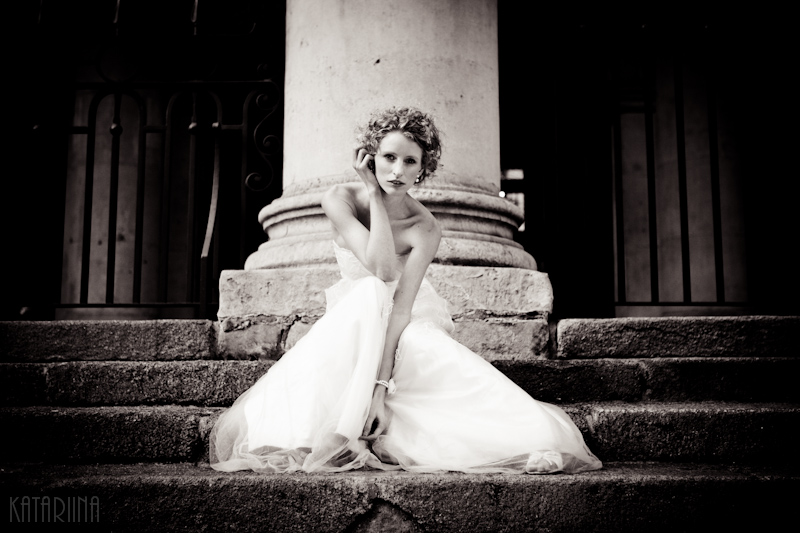 Just as we were about to leave this spot, the sun came out and Stuart promptly placed Fredau in the lovely winter afternoon sun (top right photo below) …but before I could elbow my way to get another shot, the sun had gone… 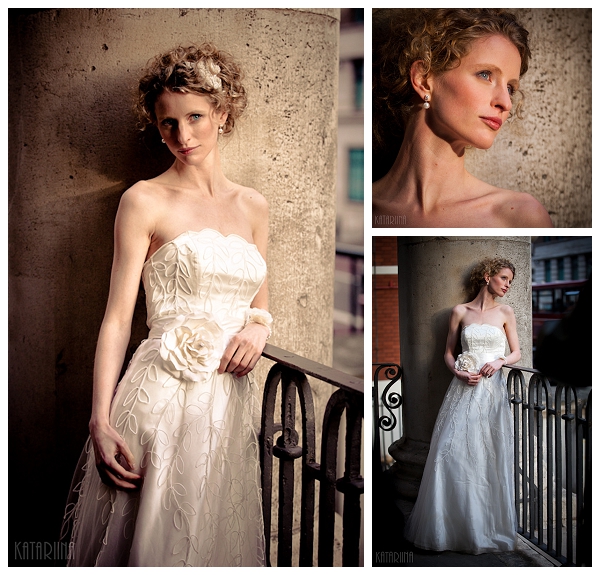 She is so very beautiful, though, isn’t she – winter sun on her or not. 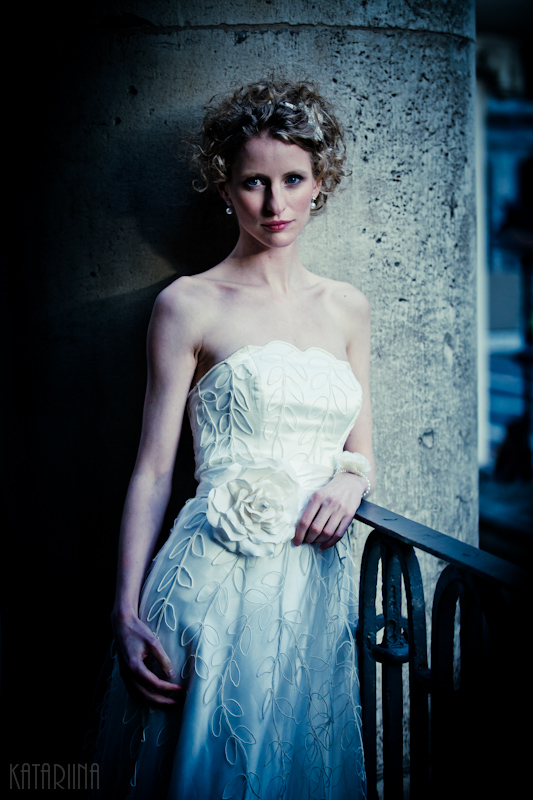 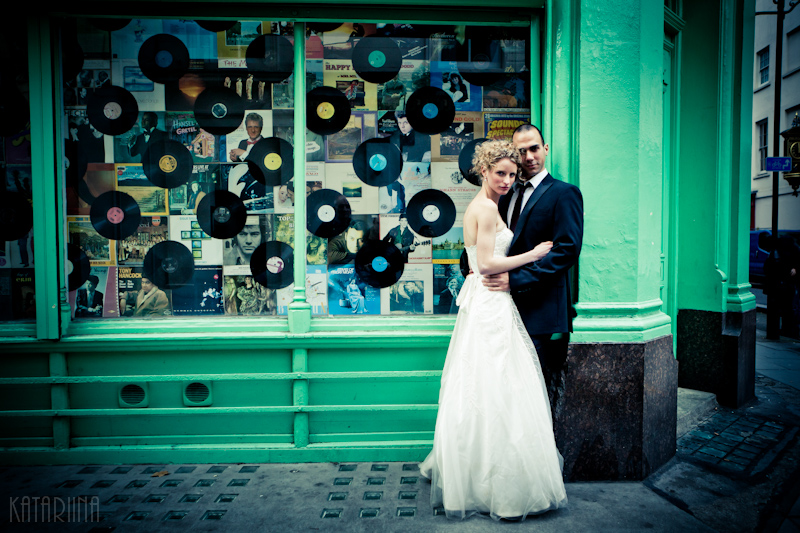 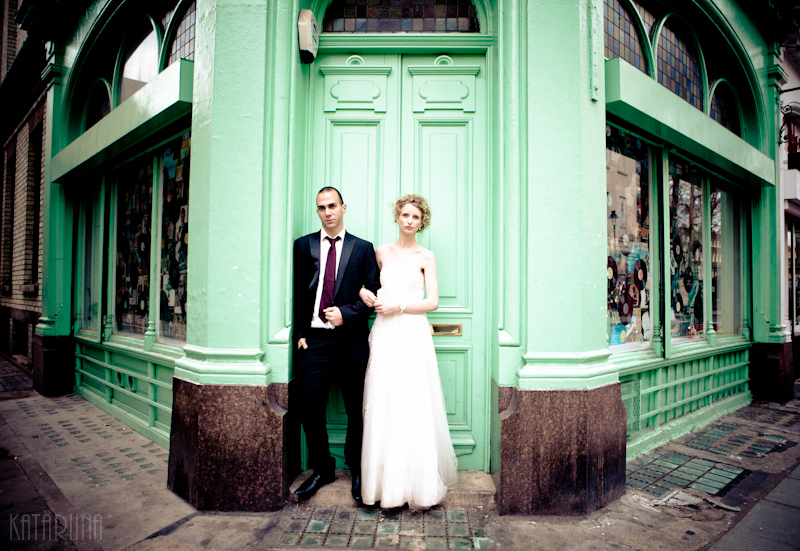 As you can see, I’ve done a bit of ‘new vintage’ type editing on some of these photos… which is not what I usually do, but then again I don’t usually do this kind of posing, either. So all in all, this was a very interesting experience. I was hoping to get some new tips and ideas and I definitely did get a few, so apart from being a little disappointed with having to fight (only a slight exaggeration) for a chance to take a shot of the models at times, I was happy with the workshop. And I will be going to another one tomorrow, whoo-hoo!